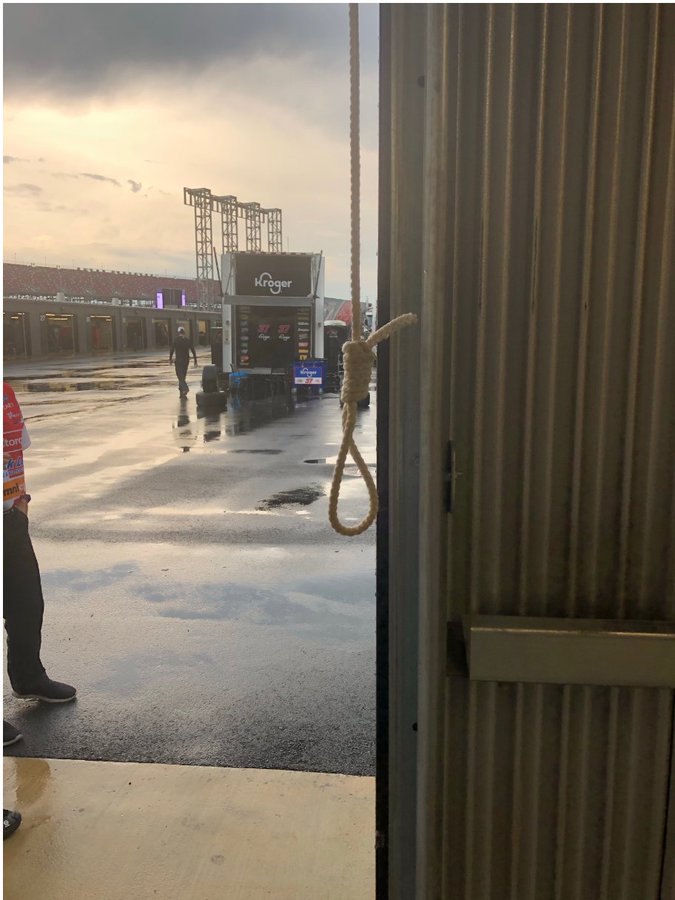 NASCAR released a photo of the noose rope found in Bubba Wallace’s garage in Talladega. NASCAR also pointed out that the rope in Wallace’s stall was the only one tied in this manner. Here is a look at the photo.

NASCAR just released a photo of the garage pull rope that was fashioned into a noose at Talladega. pic.twitter.com/gRAUAJoYv2

The FBI and NASCAR conducted a joint investigation into the noose and concluded that it was not a hate crime committed against Wallace. According to The Athletic’s Jeff Gluck, the rope had been tied that way since last October, but it was not noticed until the recent Cup Series race.

“If the noose was there since last October, why didn’t anyone report it until now? [NASCAR president Steve Phelps] says that’s a problem. ‘Odds are someone saw it and didn’t react negatively to it. We need to make sure that doesn’t happen in the future. We need to do better as an industry,’” Gluck tweeted.

ESPN’s Marty Smith noted that NASCAR president Steve Phelps admitted that the organization should have used the word “alleged” in their initial statement. NASCAR was concerned given Wallace’s garage was the only one that had a rope tied in this manner.

“.@NASCAR president Steve Phelps says they should have used the word ‘alleged’ in the initial statement Sunday night. But he says the noose was real, and they were geniunely concerned for Bubba Wallace. He said it was the only rope in the garage fashioned that way,” Smith noted on Twitter.

NASCAR Denied Speculation That the Noose Was a Hoax

Given the findings, there have been some fans wondering if the noose was a hoax. Phelps strongly denied that this was a hoax and noted he found this suggestion “personally offensive.”

“Anyone who would suggest this was a hoax, I find personally offensive,” Phelps said, per ESPN. “I don’t know how people think that way.”

Wallace did not initially see the rope, and it was a member of his team that alerted NASCAR to its presence. Wallace released a statement after NASCAR concluded that it was not a hate crime.

Read the full article in Heavy

Back to Top
Close
X
Antonio Conte: The philosophy of workSeria AFootball managers who had their genesis on the other side of the touchlines tend to mold teams into the image of who they were as footballers. In this…