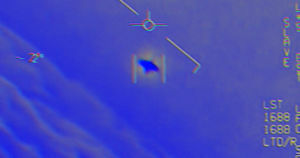 The Pentagon’s (US Defense Department’s) Unidentified Aerial Phenomenon (UAP) Task Force, a program dedicated to investigating UFO sightings, is ready to start reporting some of its findings to the public, The New York Times reports.

The news comes after the Senate released a committee report last month outlining spending for the unusual task force.

Determining whether aliens exist is not the main objective, unfortunately. The main goal, as outlined in the report, is to investigate “any links [UFOs] have to adversarial foreign governments, and the threat they pose to U.S. military assets and installations.”

Just last week, Senator Marco Rubio (R-FL), chairman of the Senate Select Committee on Intelligence, suggested to local news station CBS Miami that another country like China or Russia could have made “some technological leap,” explaining previous sightings near US military bases.

News about the Pentagon’s efforts to collect and investigate UAP encounters first broke in a 2017 New York Times investigation, accompanied by several videos of mysterious encounters with still-unexplained flying objects.

The report also found that the Defense Department had been running investigations as part of its Advanced Aerospace Threat Identification Program since 2007.

Over the last few years, the Pentagon has started officially releasing the videos and previously classified reports about the encounters as well.

Congress has also recently turned up the pressure on the task force in an effort to have all data relating to the mysterious encounters released to the public.

“It no longer has to hide in the shadows,” Luis Elizondo, the former military intelligence official, who was in charge of a preceding program dedicated to UAPs, told the Times. “It will have a new transparency.”

This article first appeared in Futurism

Back to Top
Close
X
This is the first time more than one planet has been imaged around a star like our Sun…ScienceVia Science Daily on YouTube: https://youtu.be/qyyC1p43trk Via Science Mag: By Daniel Clery Astronomers know of thousands of planets around other sta…