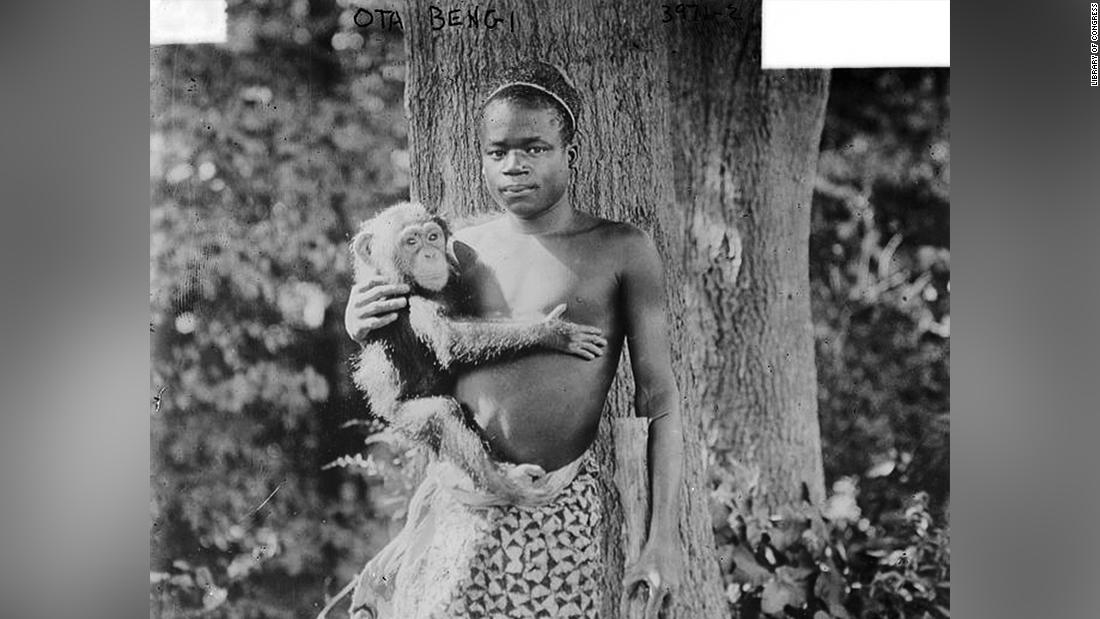 NEW YORK (AP) — The organization that runs New York’s Bronx Zoo is apologizing for racism in the zoo’s past, including putting Ota Benga, a central African man, on display in the Monkey House in 1906.

“In the name of equality, transparency, and accountability, we must confront our organization’s historic role in promoting racial injustice as we advance our mission to save wildlife and wild places,” officials with the Wildlife Conservation Society said in a statement Wednesday.

The officials with the society cited two instances of “unconscionable racial intolerance,” including the treatment of Benga, a young man from the Mbuti people of what is now the Democratic Republic of Congo, who was put on display for several days in September 1906. They noted that outrage from Black ministers “brought the disgraceful incident to an end.”

Benga went from the zoo to an orphanage in Brooklyn and then to Lynchburg, Virginia, where he worked in a tobacco factory. He died by suicide in 1916 when he found out he was unable to return to his home country. There is now a historical marker at the home. 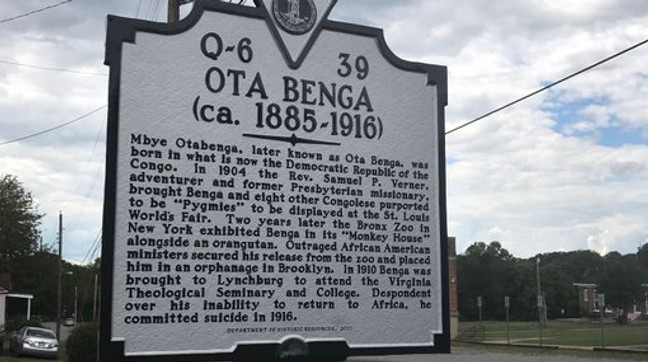 Ota Benga went from the zoo to an orphanage in Brooklyn and then to Lynchburg, Virginia, where he worked in a tobacco factory. He died by suicide in 1916 when he found out he was unable to return to his home country. A historical marker was put up to honor him in 2017 near the Virginia University of Lynchburg (WSET)

The Wildlife Conservation Society (WCS) issued a statement on Wednesday formally apologizing for the imprisonment and display of Ota Benga at the Bronx Zoo.

“We deeply regret that many people and generations have been hurt by these actions or by our failure previously to publicly condemn and denounce them,” WCS President and CEO Cristián Samper wrote.

“We recognize that overt and systemic racism persists, and our institution must play a greater role to confront it.”

While imprisoned at the Zoo, Benga underwent inhumane conditions, according to Pamela Newkirk, the author of “Spectacle: The Astonishing Life of Ota Benga.” Newkirk, who also wrote a CNN opinion article about Benga’s imprisonment, said he often faced hundreds of people at a time while trapped inside an iron cage with an orangutan.

He would only have short periods of time outside. After a week, Benga started to resist and threaten attendants, which contributed to his release, Newkirk wrote in her op-ed.

When he was finally freed, Reverend James Gordon took him in at an orphanage he ran in Weeksville, Brooklyn, according to WCS. Benga, who was “unable to return home,” died by suicide ten years later, the WCS said.

The organisation also denounced “the eugenics-based, pseudoscientific racism, writings, and philosophies” that were advanced by two of its founders, Madison Grant and Henry Fairfield Osborn, Sr.

Grant’s book, “The Passing of the Great Race,” was used as a defence during the Nuremberg trials. Grant and Osborn also helped found the American Eugenics Society in 1926, according to the statement.

As part of its mission to be more transparent, WCS is making all records and archives related to Benga publicly available. The organisation said it is committed to developing additional projects to make their history “accessible and transparent.”

The organisation also noted that they are hiring a diversity officer to work with leadership to ensure their current organisation is working towards their diversity, equity, and inclusion plan implemented in 2019.

“Today I challenge myself and my colleagues to do better,” Samper wrote, “and to never look away whenever and wherever injustice occurs.”

Back to Top
Close
X
Two teens and 22 year-old charged with twitter hack that affected accounts of Bill Gates, Elon Musk …HeadlinesThree young men, two from Florida and one from UK, are facing charges over the recent hacking attack that targeted more than 100 Twitter accounts, inc…

114 years later, US organisation apologises for putting African man on display in zoo