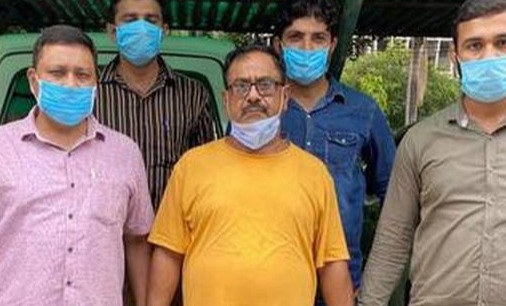 AN Indian serial killer has confessed to murdering 50 taxi drivers and dumping their bodies in a crocodile-infested river.

Devender Sharma, 62, from the northern state of Uttar Pradesh, admitted that he would hire a cab to drive to a secluded area, kill the cabby before dumping his corpse and stealing his car.

Sharma, who was picked up by police for jumping parole, came clean to cops about his chilling murder spree in the early 2000s.

The doctor, who practises traditional Indian medicine, said he lost count of the number of taxi drivers he slaughtered and then fed to crocs in the Hazara canal, Kashganj.

Police reportedly fear he could have been involved in more than 100 murders, reports NDTV.

Back to Top
Close
X
Donald Trump announces he will BAN TikTok in the U.S. by executive order as soon as SATURDAY –…Breaking News 2President Donald Trump announced on Friday he will ban Chinese-owned social media app TikTok from operating in the United States. Trump said the popul…