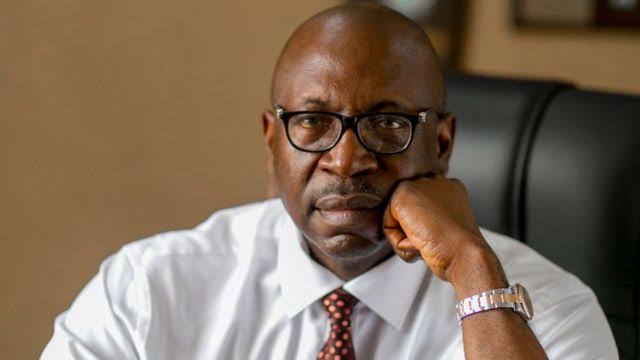 In April this year, prior to the emergence of Pastor Osagie Ize-Iyamu (POI) as the Edo State Governorship candidate of the All Progressive Congress, APC, I wrote a piece titled: The Well-Orchestrated Political Propaganda Against Ize-Iyamu, which was widely publicised and seriously attacked by the campaign organisation of Governor Godwin Obaseki.

In the article, I enumerated using commonsensical facts and verifiable information as to why these attacks were not only fictitious but obviously politically calculated for electioneering profits.
While unbiased observers saw reasons with my position, those with slanted, jaundiced and merchant views due to their political affiliations and vested interests opposed it for obvious concerns.

Chief of my attackers was a childhood friend. He stalked the hell out of me, trying to bully me to rescind my opinion on the character of Pastor Osagie Ize-Iyamu. He dug out every garbage online that had been thrown to smear the character of the man and posted them on all my social media handles, trying hard to overwhelm me. As God would have it, something epic happened early in July that shook the hell out of him.

His younger brother was raided among suspected internet fraudsters and was taken to the state police headquarters in Benin City. He needed help desperately and so he requested that I help him with the contact of a popular human rights activist. I asked him to narrate what happened to me and he did.

The more he gave reasons to prove his brother’s innocence, the more I replied with roadblocks, supporting the arrest of the police. I started to use his words against him. The words he had earlier used to justify why Pastor Osagie Ize-Iyamu was culpable in the allegations against him. He once argued that POI cannot exonerate himself from the reportedly failed regime of PDP because he served the regime in principal offices.

So I told him his brother cannot be innocent too for choosing the house of fraudsters to charge his phone and laptop. Of all the places in the area why that particular house? I argued.

I tried to make him understand that the much-touted 700 million Naira EFCC case against POI was because he was the State Director General and as such was part of those who his former party mandated to receive the cash for electioneering purpose. I even sent him the statement made when the case started years back. He would not listen. His argument this time was why only him?

With his brother in custody over the alleged illegal arrest, I asked him, why is it only your brother that gets into trouble? The other time he was waylaid and beaten by suspected cult boys, now he has been arrested for fraud. I watched as he laboured in vain to raise a defence.

We rendered him the needed help and his brother was released the next day but he now has a grasp of the point I had been making all along.

Jungle justice is more potent with social media as online accusations are thrown from every corner at a victim without recourse to the psychological state and mental wellbeing of the person. The virtual mob often latch on an unverifiable allegation without questions and pass judgment. Some go to the extreme to cook up pieces of false evidence and falsify case studies to nail the victim the more.
This is not different from the physical mobs that throw rubber tires on the necks of their victims and set them ablaze even before asking for the authenticity of the allegations.

Since Pastor Osagie Ize-Iyamu expressed his interest to run for the governorship elections, there have been a series of attack on his character and his person by a virtual mob led by his political opponents. This mob had refused to stop until they see him led to the guillotine. But like some lucky victims of jungle justice, who before they were lynched by the mob were rescued by law enforcement officers, God in his infinite mercy had vindicated POI.

His case reminds me of the Bible verse that says “when a man’s way pleases the Lord, HE makes, even his enemies to be at peace with him”. It is not short of divine intervention for someone under severe attack by an angry mob, to now be protected by the very mob that once wanted him dead.

The few who for political correctness had refused to accept the fact that he had been vindicated, would have joined in shedding crocodile tears if the truth as it were today had unfolded after his demise. But thank God that he is alive to see those who once cast aspersions on him, smearing his image, have on their own without any form of financial inducement or coercion apologized and have made efforts to correct their misjudgments.

Come September the 19th, by the grace of God, the mob who previously were against him with sticks and tires of different shapes and sizes ready to set him ablaze would be his defence and would vote massively to secure his path to the State Government house at Osadebey Avenue.

No doubt, POI’s agenda has been shaped for him by his many travails. He now knows that he that God fights for must learn to be patient and eschew vengeance. Importantly, he must dedicate his forthcoming stewardship and mandate to serving the people, especially our mothers, the unengaged youth and the indigent across spatial locations.

Fortunately, he has committed to advancing a programme consistent with the ruling party’s manifesto. Essentially, Edo state’s insecurity situation will get profound attention as the protection and safety architecture will be constructed around people in ways that insecurity triggers will be removed and security sustainability measures will be put in place.

POI has also committed to engineering an economic programme that will work for everyone. His experience from his jungle justice travails has taught him to always rely on the divine for vindication. Come 19th September and with POI, Edo State will return to safe hands.

Back to Top
Close
X
Adams Oshiomhole: A faithful friend and ferocious fighter…NotesBy Idede Oseyande About a decade ago when I graduated from the university, like most young school leaver, I applied my knowledge of creating personali…