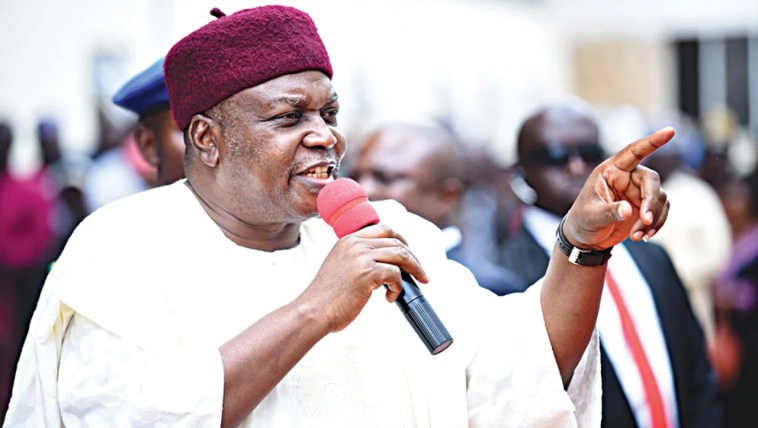 Governor Darius Ishaku of Taraba State has backed the Igbo people of the South East geo-political zone to produce Nigeria’s next President.

Governor Ishaku noted that there is no need to stop zoning at this critical time since it had been applied in the past, saying it would be like changing the rules of the game midway.

He said the zoning arrangement must be sustained, calling on the stakeholders to workout a formula that would keep Nigeria in one piece.

“We must not do anything that would undermine our existence as one united country,” the Governor warned as quoted by Sun.

“So, I support that the zoning arrangement should be allowed to continue so that everybody can have a taste of the pudie.

“I believe that the Igbo have a legitimate aspiration, but what makes their case bad is the threat they always subjected the country to through their agitation for Biafra.

“Biafra is an unfortunate development in the past and it belongs to the past and people should not be rubbing that on our faces,” he added.

He said Nigeria had passed the stage where somebody should be threatened, insisting that if the Igbo “want the rest of the country to trust them and support their presidential bid, they should stop this agitation and caution their children.”

Back to Top
Close
X
2023: What I’ll do if Nigerians make me President – Orji Kalu…2023 presidencyFormer Abia State Governor now Chief Whip of the Senate, Orji Kalu has vowed to build a 20th century economy if Nigerians elect him  as President in …