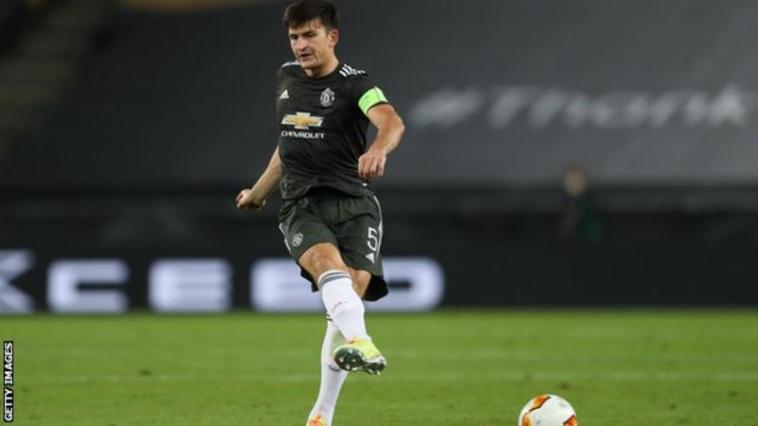 Maguire, 27, was given a suspended prison sentence on the Greek island of Syros after being found guilty of aggravated assault, resisting arrest and repeated attempts of bribery.

He maintains his innocence and has appealed against the decision, which nullifies the conviction.

“He is going to be our captain,” Solskjaer told MUTV.

“He’s handled it really well and, of course, I’ll be here to support him.

“We’ll just leave Harry and his people and the process to run. For me, he is a top, an absolute top human being and has always been a positive guy with the right values. So I really hope we can see Harry performing at his best.”

Maguire will now receive a full retrial in a more senior court and told the BBC his “conscience is clear”.

He was withdrawn from the England squad last month, but manager Gareth Southgate says he will “absolutely be looking” to recall the defender in October.

United play a friendly against Aston Villa on Saturday before their Premier League campaign begins against Crystal Palace on 19 September.

Back to Top
Close
X
“I can’t believe that” – Even Jamie Carragher thinks Liverpool were gifted a soft penalty vs…Premier LeagueMany fans may have expected Leeds to start with some intense pressing and some positive play against Liverpool this evening, but the opening five minu…