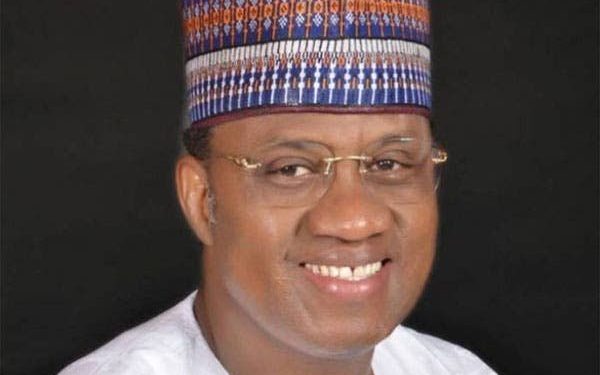 A former governorship aspirant in Zamfara State, Senator Kabiru Garba Marafa, yesterday warned stalwarts of the All Progressives Congress (APC) to be wary of alleged plot to install a serving governor as President Muhammadu Buhari’s successor in 2023.

He said the plot by some members of the Governors’ Forum to hijack the APC machinery to install the serving governor to succeed President Buhari will crumble like a pack of cards.

Marafa, who represented Zamfara Central Senatorial District in the Eighth Senate, spoke in Abuja while charting the way forward for the party’s reconciliation committee.

He said: “There are good people in the committee who mean well for the party, and I advise them to wake up and do what they are asked to do and leave the politics of 2023.

“Nobody can bring the position of national chairman to the North now. The moves by some within the Governors’ Forum to hijack the party and install a serving governor and an expired one to succeed President Buhari will crash the way former Governor Abdulaziz Yari’s selfish agenda crashed totally.”

On the statement credited to Yari that APC in Zamfara is intact and that Governor Mai Mala Buni’s reconciliation committee should go to sleep, Marafa noted that though he is not bothered, the committee should be mindful of people who speak from both sides of their mouths.

On the allegation that he is romancing with the PDP government in the state, having produced the SSG and some commissioners, Marafa said: “Well, I am equally not bothered by whether someone wants to reconcile with me or not. Politically speaking, I am comfortable and at peace with myself.

“I am still in the APC because I choose to, not because of fear of prosecution. I am part and parcel of the efforts that produced APC. The party did nothing to me; I did everything for it. All the political troubles I faced are traceable to my support for APC.

“I was a senator of the Federal Republic when APC was formed. I contributed immensely to its success.

“I listened to Yari’s press briefing after his visit to the APC secretariat; he cowardly tried to say something like he sent some people to the National Assembly, but the moment they were there, they forgot how they got in there.

“Let me put the record straight: in 2011 when Yari was desperate to become governor, he came to my house in my village the night PDP fraudulently denied me ticket in favour of the then incumbent senator.

“Yari begged me to accept their (ANPP) ticket, which at that time meant nothing, looking at the fact that the federal, state and local governments were all under the firm control of the PDP.

“He didn’t bring the ticket to my house because he loved me; ANPP offered me the ticket because they were desperate to win the election.

“He pleaded with me to contest because he knew I have people behind me. They love me and the people of Zamfara Central demonstrated their love for me by giving me 100,000 votes over and above the incumbent senator.

“Senator Yarima, who came from the same zone with Yari, won marginally with less than 7,000 votes. PDP’s Senator Sahabi Ya’u won the other zone with a margin of about 10,000 votes. So, I brought the winning votes.

“The records are there, and the situation is still the same. It was after he spent eight years as governor that he thought he was strong enough to uproot me, but God taught him the lesson of his life.

Read the full article in the Nation

Plot to install governor as Buhari’s successor will fail — Marafa