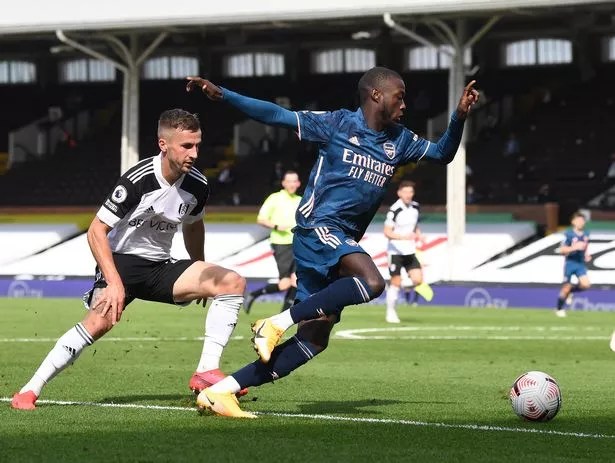 Arsenal began their 2020/21 Premier League season in the best possible fashion with a 3-0 win over newly-promoted Fulham at Craven Cottage.

The goals came from Alexandre Lacazette, Gabriel Magalhaes and Pierre-Emerick Aubameyang, but claiming three assists on his debut, it was Willian who stole the show in south west London.

Winning by three goals puts Arsenal in a commanding position for the early stages of the season which will be important before they face Liverpool, Leicester City and Manchester City in the coming weeks. Their next game is against West Ham at Emirates Stadium on Saturday [September 19].

Message to players on the bench

The main talking point from the win was without doubt the performance of Willian. Arriving at 32-years-old, the former Chelsea man was brought to Arsenal to add experience and another body that can be relied upon to perform, which is exactly what he did.

Alongside his hat-trick of assists, the Brazilian impressed with his willingness to track back, his tidiness in possession [96.2% pass completion], ability to beat his man and a free kick which rattled the post in the first half.

Starting ahead of Nicolas Pepe, whose most complete appearance in an Arsenal shirt was his last – against Chelsea in the FA Cup final, Arteta was asked how Willian’s performance would force him to react. Rather than just sending a message to Pepe, however, the Spaniard ensured it was a performance that should be taken in by every player that didn’t make his starting XI.

“Well, it’s not for Nico, I think it’s all the players that were on the bench and the ones that we had to leave at home. They have to raise their level and then the performances of the club are going to improve,” he said in his post-match press conference.

“This is what I demand. I’m really happy with all the boys in training but selection is getting more complicated. As well, we just have 18 players in the squad, it makes it very difficult.”

Choosing not to single out Pepe was the smart call from Arteta as there was no reason to but the intent in his answer could be seen in the Ivorian’s cameo when he replaced Willian in the 75th minute.

Immediately once he was on the pitch, the 25-year-old looked like a man with a point to prove. His first action, a whipped corner into the six-yard box could very possibly been buried by Alexandre Lacazette.

Continuing to probe afterwards, the elusiveness Pepe displayed on so many occasions last season returned as he threw a great dummy to let the ball run across him before racing into the box. His cutback was crowded out but the intent to change the game in any way possible was there and that is the response Arteta will look for from each player that isn’t starting.

After the restart, Reiss Nelson showed this on the most consistent basis and if more players follow suit, it could be a recipe for success during another long season.

Returning to the club this summer, most would have believed it likely that Mohamed Elneny’s time at Arsenal was coming to an end. The Egyptian enjoyed a successful loan spell at Besiktas, who wanted to keep him permanently, and the Gunners appeared to be moving on in midfield without him.

In the build-up to the 2020/21 season, however, he has provided Arteta with yet another selection dilemma and rightfully so. Playing alongside Granit Xhaka, he offers Arsenal a mirror for the right hand-side of the pitch in regard to the ‘quarterback’ job Xhaka does on the left.

He is present in Arsenal’s build-up play, which was the case for both the first and third goals against Fulham – and the opener in the Community Shield – but also contributes well in defence.

At Craven Cottage he made a team-high five interceptions but was a defensive force across the length of the pitch. When Fulham looked to punch a hole through the midfield, he was there. When they tried to build from the back, he was there racing forward to support the Arsenal press, which he did to great effect.

Dani Ceballos was exceptional under Arteta last season and there was understandable excitement for his return on loan for this season. Elneny hasn’t been fazed by the Spaniard’s form, however, and looks ready to fight for his place in the Arsenal side which could lead to an interesting battle between himself and Ceballos during the season.