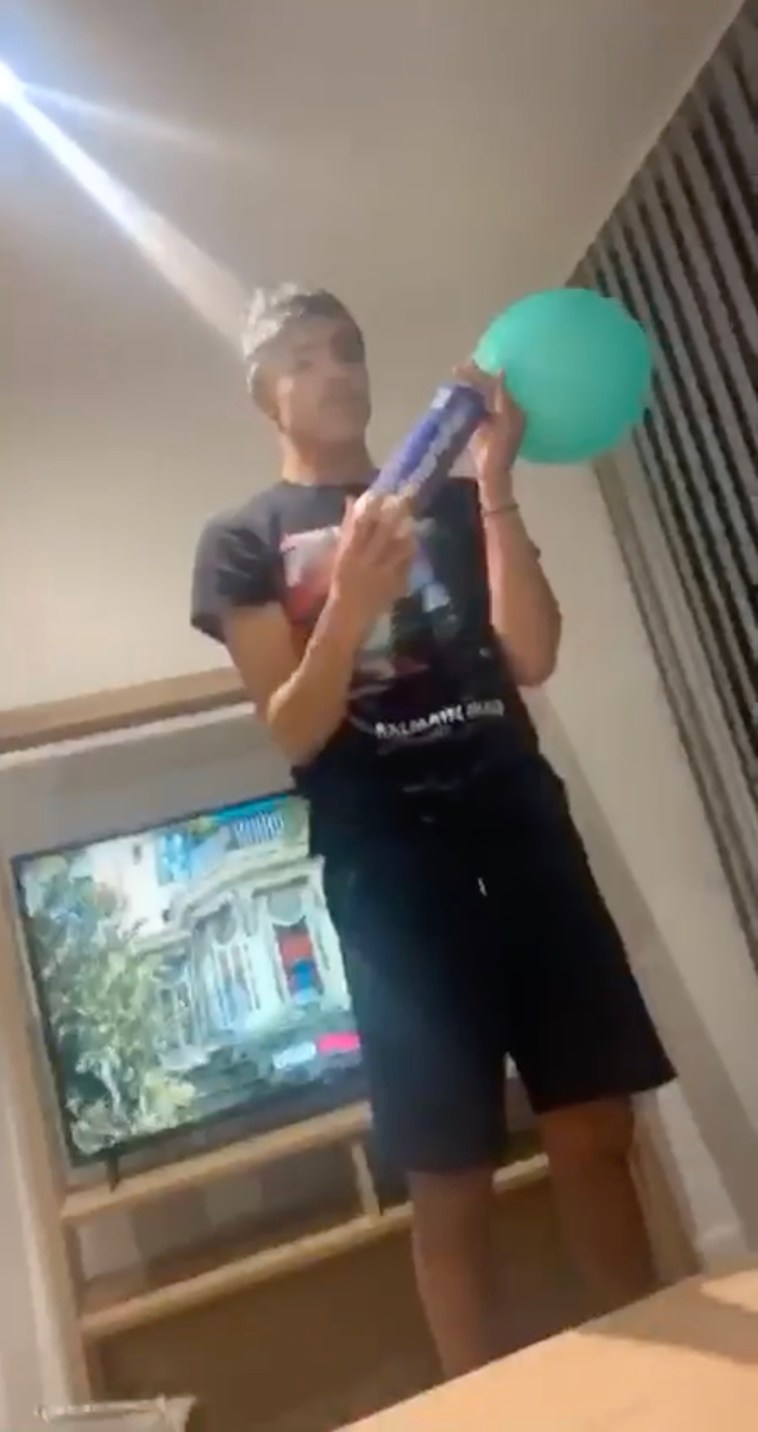 Mason Greenwood has landed himself in more controversy after a video emerged of the Manchester United inhaling nitrous oxide at a party weeks before he was sent home from Iceland while on England duty.

Pictures posted by the Sun show the 18-year-old filling a balloon with nitrous oxide from a canister before appearing to inhale to substance. It follows fortnight of controversy for the teenager after he and Phil Foden were sent home from the England senior team for breaking strict COVID-19 protocols to invite Icelandic girls back to their hotel after making their senior Three Lions debuts.

Inhaling nitrous oxide, also known as ‘laughing gas’ or ‘hippy crack’, can have serious health risks including heart attacks and brain damage, while prolonged use can lead to memory loss and vitamin deficiency.

The report indicates the United ace last night admitted poor judgement and said he had been made aware of the health risks.

A source for the Sun suggested Greenwood inhaled the gas in a Manchester apartment, with the video uploaded by the girl he partied with on Snapchat.

In a statement issued through Man United, the Sun claims the youngster said: ‘I have now been made aware of the health risks associated with this practice — and accept that even trying it, as shown in these historical pictures, was poor judgment on my part. The Icelandic girls, one of whom is 20-year-old model Nadia Sif Lindal Gunnarsdottir (pictured), were snuck into the hotel by a member of staff who was paid for their trouble

‘I strongly urge others not to follow my example.

‘As an 18 year old I am learning all the time. However this week I’ve also learned that I will be judged to a higher standard because of my career, and I must respect that in future.

‘I am determined to repay the faith shown in me by my manager and coaches.’

X
Manchester United are ready to switch their attentions to a move for Gareth Bale…Premier LeagueUnited are after another winger before the October transfer deadline, with their move for Sancho stalling. Borussia Dortmund are unwilling to lower th…