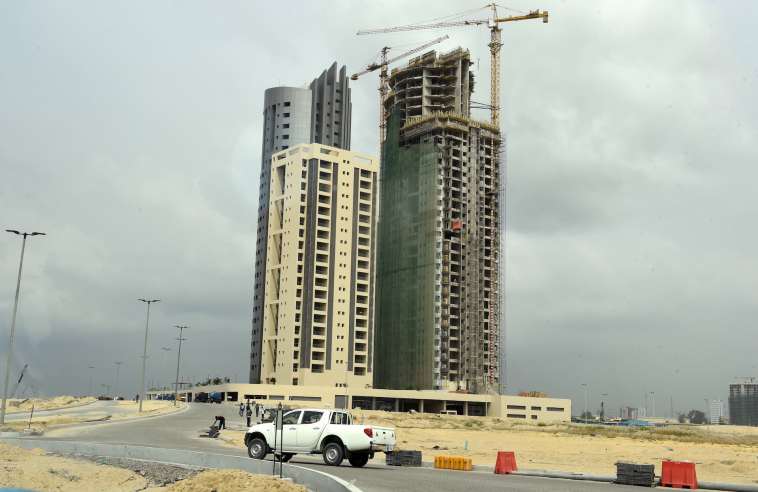 Covered in glass, the former IMB Plaza building in Lagos stood as an example of the influence of international design styles on the Nigerian commercial capital’s architecture.

Such “internationally” styled high-rise buildings, often seen as a symbol of progress and economic advancement, are not always well integrated into the local climate or landscape. In the case of Lagos, the climate is hot and humid, yet buildings like this are hermetically sealed, enclosed in glass, with limited shading from the sun and high reliance on artificial ventilation.

Similar imported architectural features are evident in other high-rise buildings across Lagos such as the WEMA Tower, Stallion Tower and Sapetro Tower. It is a trend in other African cities too.

The lack of connection with local context often has significant energy, environmental and social implications.

Such designs are driven by imitation, which limits social, cultural and conceptual diversity. Imitation in architecture – or “duplitecture” – also goes against the United Nation’s Agenda 2030, which seeks to make cities inclusive, safe, resilient and sustainable. To achieve this vision in developing African countries, it may be necessary to revisit current approaches to the built environment.

The culture of using foreign architectural styles, regardless of the consequences, comes from the pressures of globalisation and the colonial past of some African countries. But our research supports the view that buildings that are more linked to their local environment, climate and culture will be more sustainable for developing African cities.

Through simulations and case studies, our research work on sustainable thermal comfort in Lagos architecture investigated typical “imported” building styles alongside vernacular styles. We wanted to understand the implications of these styles for the Lagos climate and context.

Not only is it costly to cool these buildings, imitation also means that the cultural identities embedded in the fast disappearing vernacular architecture are lost.

While the adoption of some architectural design approaches from other contexts into Lagos may have been beneficial, their poor translation and adaptation sometimes reflects dogmatism. This creates long-lasting challenges for sustainable development.

Buildings that are mostly covered in glass are imported into hot and humid tropical climates even though glass makes the interior very hot and expensive to cool with air-conditioning.

The interior temperatures of these buildings are often controlled by air-conditioning units which expel the heat back into the street. Daylight is also cut off by window blinds and so artificial lighting is needed.

The cooling requirements are even greater when workers dress in “international style” business outfits. All these elements create a system that is both ecologically and economically unsustainable.

As pat of our research, we compared two buildings that share similar design features but are in very different geographical contexts. The Palace of Peace and Reconciliation in Astana, Kazakhstan shares similar glazing features with the former IMB building in Lagos, Nigeria.

While the design of the Palace of Peace and Reconciliation may be suitable for its climate, the former IMB Lagos building relied on fossil fuel powered air conditioners for cooling.

The IMB plaza was headquarters of the International Merchant Bank before changes in ownership. It is in the financial hub of Lagos and is still used mostly for commercial offices. Hence the way staff dress.

Our solar analysis model revealed a high solar incidence (meaning more sun and heat concentration on the building) and cooling load. Though the building is currently being remodelled, the study showed the environmental impact of duplitecture in a city like Lagos.

Lagos is one of the coastal cities at risk of global temperature increases and rising sea levels.

Sustainability in developing African cities requires closer attention to organic and vernacular models. The “termite mound”-inspired Eastgate Centre in Harare, Zimbabwe is an example of sustainable architecture, inspired by a biomimetic model.

The termites achieve this by closing and opening holes of different sizes and at different locations and heights on their mound. Through this action, which they perform at different times of the day, the holes serve as air valves that create an internal temperature conducive for survival. The design of the Eastgate tower mimics this action by enabling air flow from lower to upper levels via air channels.

Several other vernacular buildings in Africa such as those found in some traditional contexts maintain comfortable internal temperatures using organically derived concepts.

The increasing density of African cities such as Lagos, Accra, Kinshasa, Dar-es-Salaam and Harare and the activities they accommodate are beyond the scope of their ancient vernacular structures. But key sustainable concepts could be retained and translated for modern requirements.

The time has come to decolonise architectural theory and practice, so as to achieve sustainable built environments in developing African cities.