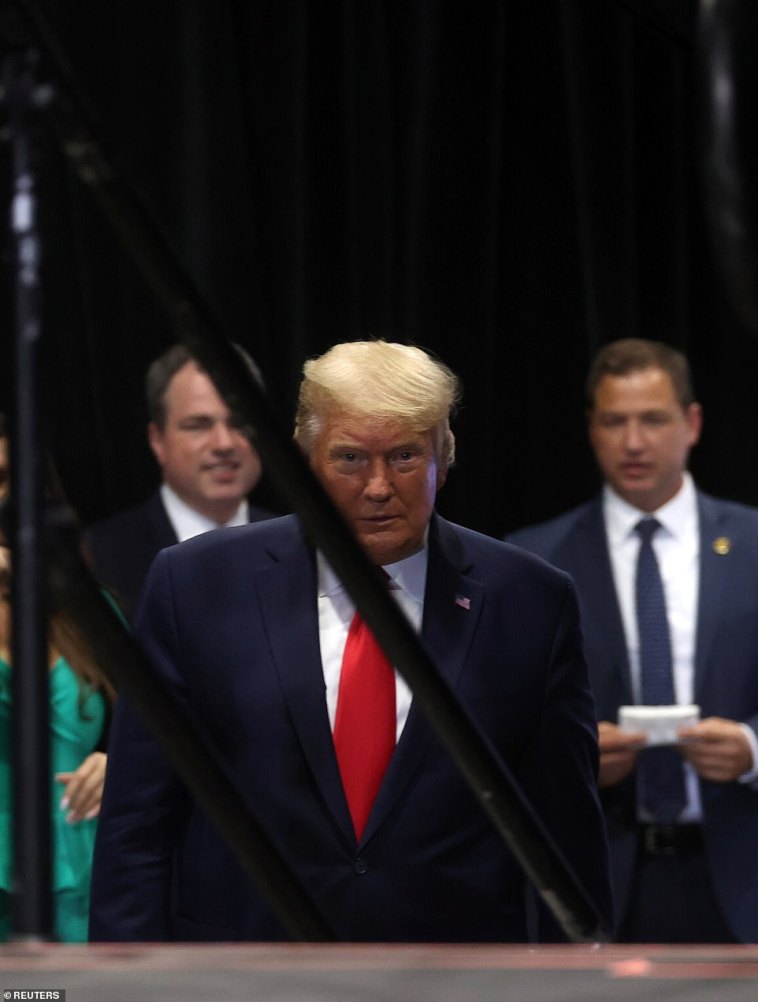 President Donald Trump defended his decision to hold an indoor rally in Nevada on Sunday night in violation of state rules as he repeatedly slammed rival Joe Biden and told the crowd: ‘I’m what you need.’

The president riled up the few thousand supporters who gathered in a warehouse in the suburbs of Las Vegas to cheer on his re-election campaign.

Trump was criticized for his decision to hold the rally indoors, in a blatant violation of Nevada rules that limit gatherings to 50 people to try and contain the spread of the coronavirus.

There was no social distancing and few wore face masks – with a notable exception of those seated on the risers behind the president, the people who would appear on camera as he spoke.

‘If the governor comes after you, which he shouldn’t be doing, I’ll be with you all the way,’ he said during his 68-minute speech.

He thanked the owner of the Xtreme Manufacturing facility, who is facing state fines for allowing Trump to hold the event.

‘I want to thank him, Trump said, adding he was holding the rally because ‘this is the most important election in the history of the country.’

The rally resemebled those the president held before the country shut down due to the coronavirus pandemic – a hyped up crowd, a venue packed to the gills, cheering, shouting, laughing and all things celebrating Trump.

Even a protester couldn’t damage the mood. ‘All lives matter,’ the crowd yelled as the person was escorted out by security. I hate to say it but I’m what you need,’ President Trump told a cheering crowd of a few thousand supporters A Trump supporter listens as the president speaks He called Democratic Governor Steve Sisolak of Nevada a ‘hack’ and told the cheering crowd: ‘Tell your governor to open up your state.’

Trump repeated his unproven claim that…

Back to Top
Close
X
Trump vs. Biden: What happens if no one wins the electoral college?…US Election 2020How might a proper winner be announced? Will Congress or the courts have to take action? By Rachel Bucchino  “Folks, it looks like we don’t have …