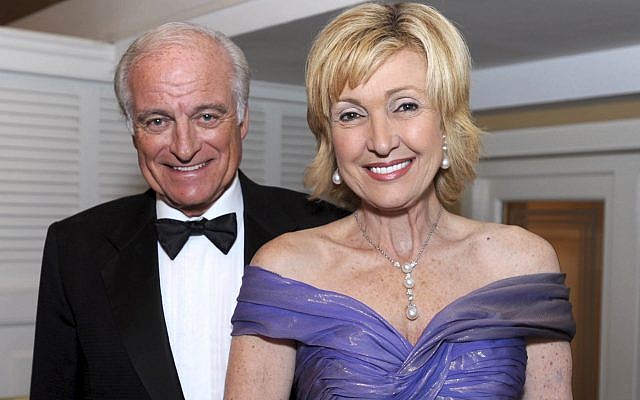 Politico reports that Lana Marks, a Jewish South Florida-based luxury handbag designer, was likely chosen due to her closeness to Trump, who ordered killing of Iranian general

Iran is plotting to assassinate the US ambassador to South Africa as it seeks to further avenge the killing of top Iranian general Qassem Soleimani, the Politico news site reported Sunday.

The article, citing US intelligence reports seen by a US government official and another official familiar with the documents, said that Ambassador Lana Marks was likely chosen due to her closeness to US President Donald Trump.

Iran has already retaliated for Soleimani’s killing in January, firing missiles at at US base in Iraq, to which the US did not respond. However, the killing of a US ambassador would likely push an already tense region to war.

US officials have said that Tehran was likely to seek to further avenge his death.

Marks, 66, a Palm Beach, Florida-based luxury fashion and handbag designer, is a long-time friend of the US president and was a member of Trump’s exclusive Mar-a-Lago club in Florida before she was appointed ambassador in 2018. Marks was born and raised in South Africa and was CEO of the Lana Marks Collections design firm, which caters to celebrities. Born Lana Banks, she grew up in the city of Port Elizabeth, where here family were prominent members of the city’s Jewish community.

Trump ordered the drone strike in Iraq on January 3 that killed Soleimani, the head of the extraterritorial Quds Force of the Iranian Revolutionary Guard Corps and one of Iran’s most powerful officials. At the time, Trump said Soleimani was planning attacks against US troops in the region but White House officials have since given different justifications for the killing, including deterrence.

In response to the drone strike, Iran fired volleys of ballistic missiles at Iraqi bases housing US troops. There were no reported casualties at the time but it has since been revealed that dozens of soldiers developed brain injuries from the blasts.

However, the report said that Iran still sought further revenge and was considering several targets, including the killing of Marks.

Politico said Marks had been informed of the threats against her, which reportedly involved the Iranian embassy in South Africa.

The report said that US officials have been aware of a general threat against Marks since the spring, but the threat had become more specific in recent weeks.

The report also noted that Iran runs a clandestine operation in South Africa and Marks may be more vulnerable than envoys in other countries, where the US has better security coordination with local authorities.

The strike on Soleimani exacerbated already high tensions between the US and Iran which have been steadily escalating since Trump withdrew Washington from the 2015 nuclear accord. The agreement, negotiated under the US administration of Barack Obama, had imposed restrictions on Iran’s nuclear program in exchange for the lifting of international sanctions.

Read the full story in Times of Israel

X
Why we met with Obasanjo, Afenifere, Ohanaeze, others – Northern Elders…HeadlinesBy ISMAIL MUDASHIR Northern Elders’ Forum on Sunday night opened up on the rationale behind the consultative dialogue convened by former President O…