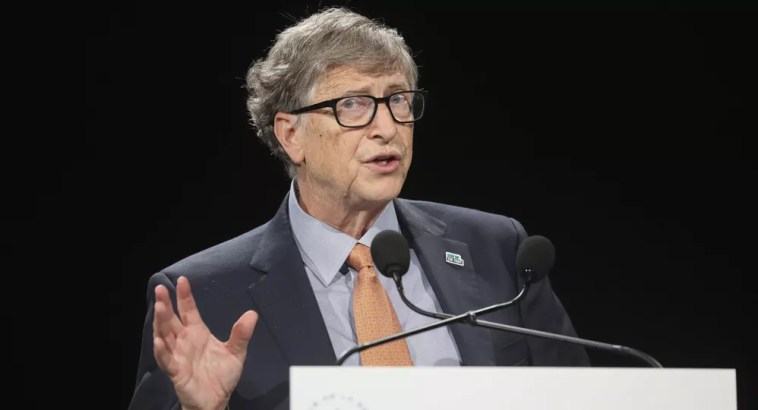 Microsoft co-founder and philanthropist Bill Gates is feeling “pessimistic” about the foreseeable future, warning that COVID-19 deaths, including in the US, could skyrocket again to the levels registered during the first wave of the pandemic, unless governments jointly take decisive action.

Bill Gates told The Telegraph at the launch of the annual Goalkeepers report, which reviews the world’s progress against the UN’s Sustainable Development programme, that the raging healthcare crisis could draw the world backward as far as to the 1990s in terms of headway.

“We’ve been set back about 25 years”, he said. “I would expect substantially more deaths from the indirect effects than from the direct effects [of the virus]”, the Democratic donor and philanthropist explained, as a slew of indicators from infant mortality to hunger and the availability of education have moved into reverse, as suggested by the report.

In the introduction to the document, Bill and his wife Melinda Gates, founders of their namesake charity fund, drew parallels with the Spanish flu outbreak in 1918, which sparked “a set of mutually exacerbating catastrophes” at the time.

“In the blink of an eye, a health crisis became an economic crisis, a food crisis, a housing crisis, a political crisis. Everything collided with everything else”, the duo wrote, assuming that such a snowball of catastrophes is “an apt description” for the COVID-19 crunch as well.

Although having no illusions about the long-term damage the corona crisis has already inflicted internationally, Gates still hopes that a vaccine coupled with effective cooperation between nations will bear fruit.

“By next summer, we’ll be getting vaccines out to all the countries of the world”, he said. “Even at a 60 per cent vaccination level, you should be able to stop almost all of the exponential disease spread”, he shared, adding that he is optimistic that next year the numbers of coronavirus patients and related deaths will be cut down dramatically, with the world finding a way out of the crisis by sometime in 2022.

© AP PHOTO / ELAINE THOMPSON
In this Feb. 1, 2019, Bill and Melinda Gates look toward each other and smile while being interviewed in Kirkland, Wash. The couple, whose foundation has the largest endowment in the world, are pushing back against a new wave of criticism about whether billionaire philanthropy is a force for good

He said the world has to wake up to the fact that the worst impacts can only be prevented through effective collaboration, arguing that the longer it takes people to realise this, the longer it will take, and the more money it will cost to completely recover.
Asked to assess different countries’ responses to the pandemic, Mr Gates said the picture was diverse.

Although he tended to believe Sweden had made a “mistake” in taking a more relaxed approach to coronavirus-induced lockdown, he added that the country may ultimately have built more natural immunity.

“Only time would tell”, he remarked.

In the US, he drew parallels between the vast investment his country had made in the race for a vaccine – “far, far more funding than everyone else put together” – with its failure to promptly introduce testing and get an early grip on the outbreak.

This is despite the US having “way more” PCR machines per head of population than any other country, Gates said.

Both the US and the UK, where almost 195,000 and 42,000 deaths have been registered respectively (as per Johns Hopkins University), did not perform as well as Asian countries like South Korea and Taiwan, which, Gates said, had benefited from their experience with Sars and Mers and made their testing and behavioural interventions straight away.

Addressing the WHO issue, namely Donald Trump’s decision to withdraw from the organisation due to its alleged particularly close ties to China, the 64-year-old tech entrepreneur noted that there is no UN structure that is more associated with a single country than the WHO was associated with the United States.

Gates and his wife Melinda have injected millions into the development of vaccines and in early August it was announced that the Gates Foundation would be investing $150 million in distributing coronavirus inoculations to low-income countries in 2021.

The partnership with the Serum Institute of India (SII)…