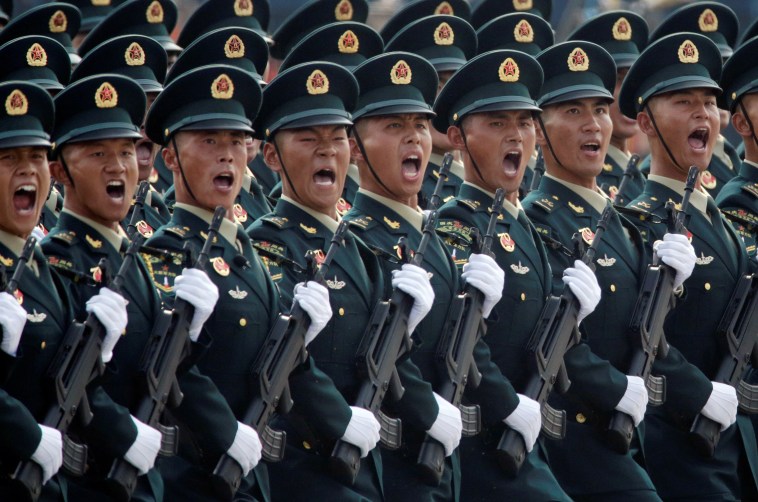 CHINA has warned it’s “ready for war” after 11,000 US troops were sent to Guam for massive military drills.

The soldiers – along with America’s largest warships and 100 planes – are training to defend the crucial Pacific island.

But the move has sparked warnings from China, which has declared that it’s “militarily and morally ready for war”.

The manoeuvres were announced at the same time as China’s Communist Party mouthpiece The Global Times published an editorial urging people to prepare for a potential war.

“We have territorial disputes with several neighbouring countries instigated by the US to confront China,” it said of Beijing’s expansionist moves into the Himalayas and the South and East China Seas.

“Chinese society must therefore have real courage to engage calmly in a war that aims to protect core interests, and be prepared to bear the cost.”

It comes as the US military increases operations in the Indo-Pacific region – with Guam as its showcase.

Read the full story in The Sun(UK)

X
Did a monkey film this video and take selfies?Breaking News 2A Malaysian man says he lost his mobile phone and when he found it again he was left with an unexpected set of photos and videos on his camera roll. …