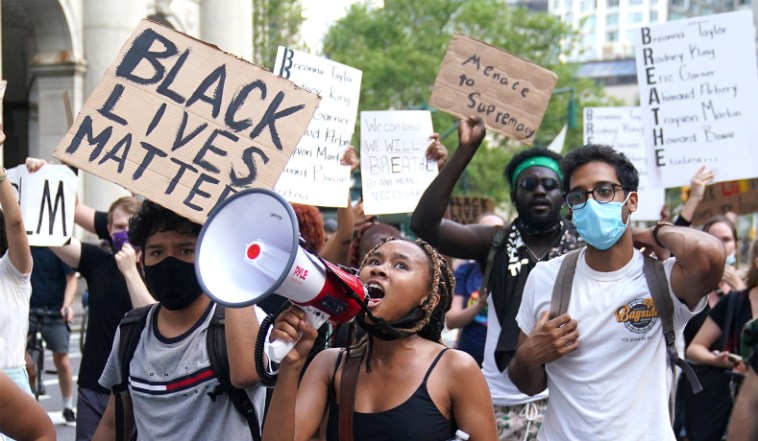 Three individuals have been charged in connection with their participation in confrontations at Pittsburgh restaurants during a protest over Labor Day weekend.

In one of the two incidents, which were caught on video and posted on social media, Black Lives Matter protesters are seen shouting obscenities at diners sitting outside Sienna Mercato on Penn Avenue on Saturday, September 5. Protesters shatter glasses on the ground, and a woman walks up to an elderly couple and chugs their drink.

Shawn Green, who goes by the name Lorenzo Rulli, swore at an elderly couple and made an obscene gesture at them, according to a criminal complaint. Green also walked up to the front of the restaurant and shouted into an open window. He was charged with disorderly conduct and criminal mischief.

During the same confrontation with diners, Monique Craft walked up to the elderly couple’s table and drank their beer, she admitted later. She has been charged with theft by unlawful taking and disorderly conduct.

Kenneth McDowell screamed obscenities over a megaphone at the diners, according to the complaint. McDowell was also identified as the demonstrator in another incident caught on video who became aggressive towards a McDonald’s manager.

In the video, he is seen leaning over the counter inside the McDonald’s and yelling through a megaphone in the direction of employees. Later, he can be seen engaging in a physical confrontation with the manager, who like McDowell is black. He has been charged with possessing instruments of crime, disorderly conduct, and harassment.

“I don’t support violence, but I definitely know that we keep us safe,” Green said in an interview with ABC affiliate WTAE-TV, claiming that during the confrontation outside the restaurant, he addressed people who made aggressive remarks towards him. “We abide by the laws in our marches. We don’t have to have a permit to protest.”

Send a tip to the news team at NR.

Back to Top
Close
X
Lancaster Rioters — Judge Sets Bail at $1 Million Each…Global News(Carlos Jasso/Reuters) Rioting in Lancaster, Pa. in the wake of the police shooting of a knife-wielding man has led to the arrest of 12 adults and one…

X
Fans are not happy that Prince William and Kate Middleton’s birthday tribute d…Global NewsVia Daily Mail: Royal fans were outraged after the Duchess of Sussex was left out of photos shared on social media to mark Prince Harry's 36th birthda…