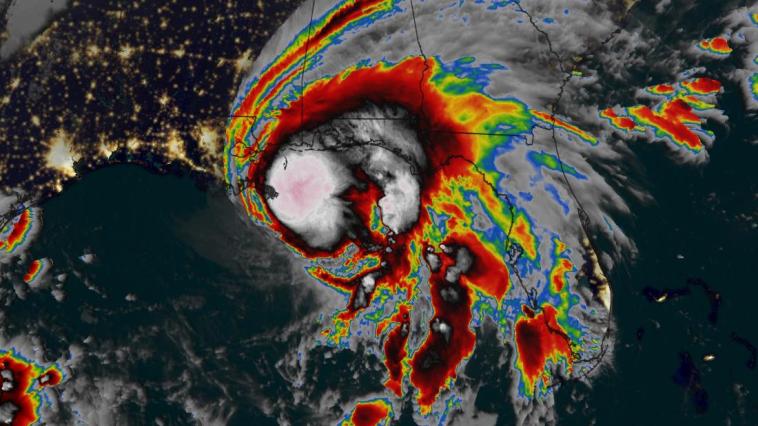 While Hurricane Sally is pounding the US Gulf Coast will rain today and threatening the area with possible flooding, unprecedented wildfires are ravaging the US West Coast from California to Washington state.

Along the Gulf Coast, forecasters are warning of life-threatening storm surge, including 6 to 9 feet from coastal Mississippi to Mobile, Alabama, and up to 7 feet along the rest of coastal Alabama.

And on the other side of the country, dozens of wildfires are scorching the West Coast. In California alone, since the start of 2020 wildfires in California have burned over 3.2 million acres of land — an area almost the size of Connecticut.

Oregon Gov. Kate Brown said in a typical year, fires consume about 500,000 acres in the state — but “this week alone, we burned over a million acres of beautiful Oregon,” she said. And last week in Washington, more acres were burned in the state on a single day than were charred in the past 12 fire seasons, Gov. Jay Inslee said.

While the dual disasters are impacting opposite ends of the country, they may have a common factor: The climate crisis.

Scientist believe global warming is influencing hurricanes in multiple ways — and Hurricane Sally has checked all those boxes. Climate change appears to lead to rapid intensification, the slowing down of hurricanes and increased rainfall, which can make for more problematic storms.

And as the wildfires rage in California, Both Gov. Gavin Newsom and Los Angeles Mayor Eric Garcetti have attributed the severity of this season’s fires to climate change.

A National Oceanic and Atmospheric Administration satellite captured images of the effects of both the wildfires and the Hurricane Sally. Smoke from the West Coast fires have blanketed most of the country, and now can be seen along the Atlantic Coast, close to the hurricanes:

Back to Top
Close
X
Luis Suárez‘s move to Juventus breaks down, as Koeman tries to repair relationship – report…Daily MailLuis Suárez has ruled out joining Juventus during this transfer window, but he has not given up on leaving Barcelona yet. The main problem is he…

Two disasters are threatening the US today

X
Kim Kardashian ‘freezes’ social media for #StopHateForProfit…Daily MailKim Kardashian West has announced that she will 'freeze' her Instagram and Facebook accounts on Wednesday because the platforms allow for hate, propa…