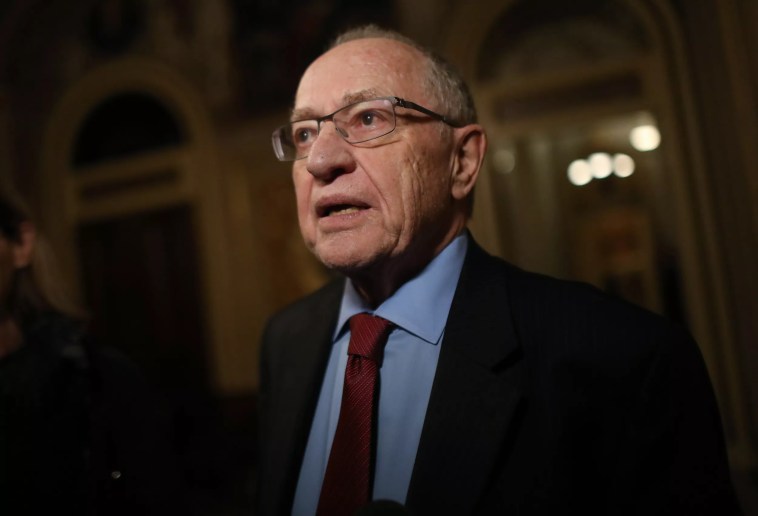 The comments in question occurred in late January 2020 when Dershowitz responded to a question from Republican Texas Senator Ted Cruz on whether Trump’s dealings with Ukraine represented a quid pro quo arrangement. Trump had pressured Ukrainian officials to investigate Hunter Biden, the son of now-Democratic presidential candidate Joe Biden.

Dershowitz answered that Trump’s actions didn’t constitute an impeachable offense because Trump believed it would help him get elected “in the public interest.” However, Dershowitz claimed, had Trump acted in his own financial or political interest, those two motives would’ve been illegal.

Even though CNN hosts Wolf Blitzer and Jake Tapper played Dershowitz’s full comment as reported above, Dershowitz’s lawsuit against the network alleges that three other CNN commentators—Paul Begala, John Berman and Joe Lockhart—focused on the last sentence of Dershowitz’s comments, making it seem like he was stating that the president could do anything to get re-elected with no legal consequences.

“Following the airing of that clip over and over again, the hosts, together with their panel guests, including CNN employees and paid commentators, exploded into a one-sided and false narrative,” the lawsuit said.

The lawsuit continued to state that the very idea that the president can do anything he wants to get re-elected without legal consequences “was preposterous and foolish on its face, and that was the point:

Soon after Dershowitz’s impeachment comments, Senate Democrats criticized the lawyer, saying that his logic would establish a dangerous precedent for future presidents to act corruptly in trying to sway future elections for the “public interest.”

“If you say you can’t hold a president accountable in an election year where they’re trying to cheat in that election, then you are giving them carte blanche,” said Rep. Adam Schiff (D-Calif.), the lead impeachment manager. “All quid pro quos are not the same. Some are legitimate and some are corrupt.”

Back to Top
Close
X
University of Chicago declares that English ﻿is racist – Only ‘Black studies’ applicants…United StatesThe website for the University of Chicago’s English department, one of the highest-ranked in the world, now carries this warning for any students as…