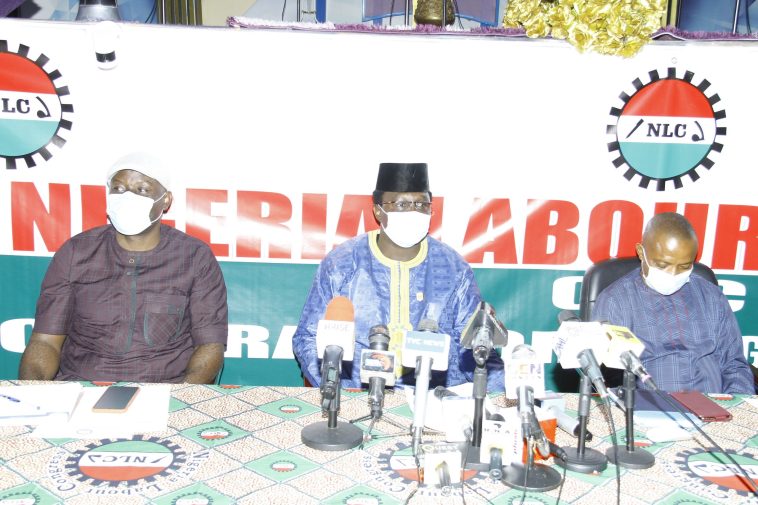 The meeting between the federal government, labour unions and civil society organisations (CSO) over the recent hike in the prices of petroleum products and electricity tariff has ended without a conclusion.

The meeting which lasted for about 10 hours held at the Old Banquet Hall, State House, Abuja. It was subsequently adjourned to a later date which is yet to be announced.

PREMIUM TIMES reported how President Buhari directed the Minister of Labour and Employment, Chris Ngige, to have a dialogue with the labour unions and CSOs on issues affecting the economy.

The government called for the meeting to prevent the planned protest by labour unions and other civil society organisations over the increase in petroleum products and electricity tarrif.

Speaking during the meeting, the Deputy President of the Nigeria Labour Congress (NLC), Amechi Asugwuni, said the government had “no agenda at the meeting and did not provide an alternative means for the hardship the masses are experiencing.“

According to him, all the presentations made at the meeting were theories. He suggested that all the parties should go back and consult adequately so that the government may also have a solution.

“The government should not expect the labour unions that represent the masses to fold their arms when Nigerians are suffering,” he said.

Also speaking, the President of the Trade Union Congress, Quadri Olaleye, said the first solution to the problem is to reverse the fuel price hike and electricity tariff increase.

He said the TUC had already written the federal government and given a seven-day ultimatum for these demands to be met.

“Government should take immediate steps to reverse the hike in prices as it affects electricity, petrol and all…