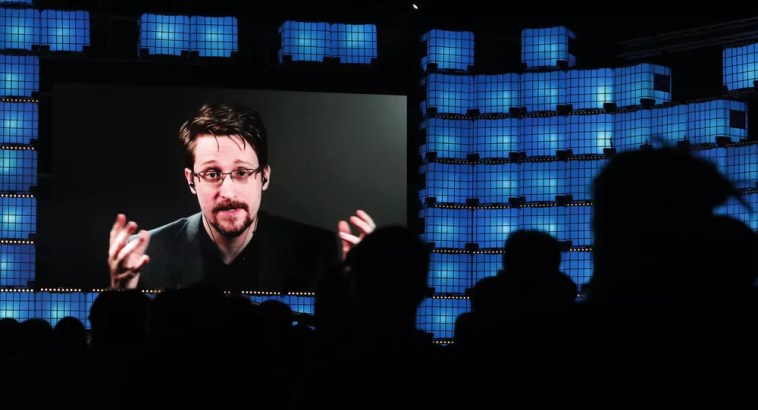 WikiLeaks founder Julian Assange is currently battling extradition to the United States,where he is facing espionage charges that could put him in prison for the rest of his life. The hearing has now been resumed in London after a six-month delay related to the coronavirus pandemic.

Prosecution of Julian Assange under the Espionage Act will be harmful to our society due to his status as a journalist, former CIA employer and whistleblower Edward Snowden said in a Joe Rogan podcast on Tuesday, pointing out that the WikiLeaks founder had become a “partisan figure” in US mainstream media.

Snowden, who is also facing two counts of espionage charges over the leakage of classified docs from the National Security Agency and has currently taken asylum in Russia, argued that Assange “fell out of favour in 2016” because he unleashed emails belonging to then-Democratic presidential candidate Hillary Clinton. However, Snowden adds, “he’s not being charged with that”.

“Actually the US Government under William Barr, the current Attorney General, is trying to extradite this guy and put him in prison for the rest of his life for the best work that WikiLeaks ever did, that has won awards in every country basically around the planet, including the United States, which is the Iraq and Afghanistan War Logs. Detainee records in Guantanamo Bay. Things that are about explicit war crimes and abuses of power, torture, and people who were killed,” the former National Security Agency contractor said.

Snowden then goes on to say that charging Assange under the Espionage Act, the same charges he is facing, is “the most dangerous thing” as by doing so, the US government is breaking “a quiet agreement” with society as it basically prosecutes press outlets for publishing leaked or classified info provided by others.

© AP PHOTO / FRANCISCO SECO
A man holds a photograph of WikiLeaks founder Julian Assange during a protest demanding the freedom of Assange in front of the UK embassy in Brussels, Monday, Sept. 7, 2020

Arguments that the founder of Wikileaks “is not a journalist” are based on “obscure legal theories that are legal fictions” introduced to get him convicted for espionage, Snowden believes, insisting that “everyone knows” that these theories are “false”.

“You cannot convict Julian Assange, the chief editor and publisher of Wikileaks, under the Espionage Act without exposing the New York Times, the Washington Post, CBS, ABC, NBC, CNN, Fox, whoever, to the same kind of charges,” Snowden told Joe Rogan.

Earlier Edward Snowden called upon US President Donald Trump or “any other president” to end the “war on whistleblowers” while commenting on a possible “pardon” from the White House relating to charges he is facing himself.

Meanwhile, the court hearing which will decide the fate of Julian Assange has resumed in London as the journalist is facing extradition to the United States where he could be sentenced to up to 175 years in prison based on a 18-count indictment in relation to securing and publishing classified documents leaked by former US Army analyst Chelsea Manning.

He is currently in Belmarsh, a high-security prison, serving a year for violating his bail agreement back in 2012, when he sought asylum in the Ecuadoran embassy. Many of Assange’s supporters and those related to his organisation WikiLeaks have described his prison conditions as grave and torturous, while pointing out the deterioration in the state of the activist’s mental and physical health.

If Assange is charged with espionage, the New York Times should also be prosecuted, Snowden says

X
US charges five Chinese nationals in alleged hacking campaign targeting over 100…NewswireBy Henry Batyaev According to the indictment, social media and video game companies, as well as universities and telecommunications providers, have be…