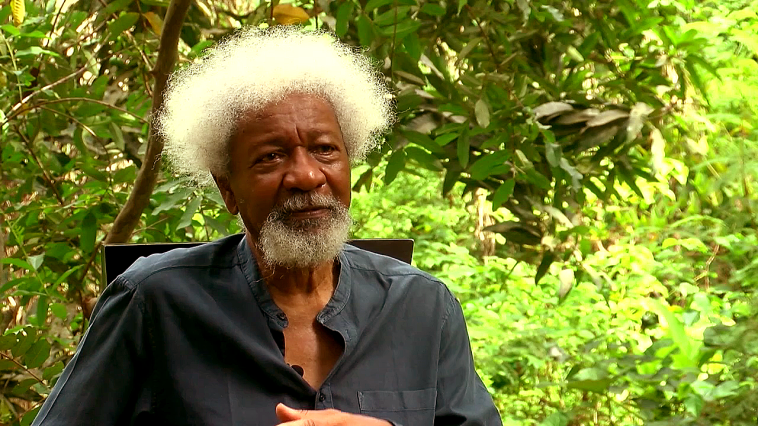 Nobel laureate, Wole Soyinka, says Nigeria is more divided than ever before under the Muhammadu Buhari administration.

He said this on Tuesday in a statement titled “Between ‘Dividers-in-chief’ and Dividers-in-law,”.

“The nation is divided as never before, and this ripping division has taken place under the policies and conduct of none other than President Buhari,” he said.

Speaking further, Mr Soyinka accused the President of going to sleep while communities were ravaged by cattle rustlers and thousands were displaced.

According to him, even when the President visited the scenes, rather than proffer an authoritative solution, he “advised the traumatised victims to learn to live peacefully with their violators”.

“And what happened to the Police Chief who had defied orders from his Commander-in-Chief to relocate fully to the trouble spot – he came, saw, and bolted, leaving the ‘natives’ to their own devices. Any disciplinary action taken against ‘countryman’? Was it a spokesman for some ghost president who chortled in those early, yet controllable stages of now systematised mayhem, gleefully dismissed the mass burial of victims in Benue State as a “staged show” for international entertainment? Did the other half of the presidential megaphone system not follow up – or was it, proceed? – with the wisdom that they, the brutalised citizenry, should learn to bow under the yoke and negotiate, since “only the living” can enjoy the dividends of legal rights?”.

His comments come just days after former President Olusegun Obasanjo made similar comments about the state of the country.

Obasanjo said the country is failing and badly divided due to the recent mismanagement.

He made the comment in Abuja on Thursday while delivering a speech titled ‘Moving Nigeria Away from Tipping Over’ at a consultative dialogue attended by various socio-cultural groups.

“I do appreciate that you all feel sad and embarrassed as most of us feel as Nigerians with the situation we find ourselves in,” Obasanjo said.

“Today, Nigeria is fast drifting to a failed and badly divided state; economically our country is becoming a basket case and poverty capital of…

Back to Top
Close
X
Trump on Israel-UAE-Bahrain deals: 'We mark the dawn of a new Middle East'…HeadlinesThe United Arab Emirates (UAE) and Bahrain have signed agreements fully normalising their relations with Israel at the White House. US President Trump…

Nigeria More Divided Than Ever Before, Soyinka Backs Obasanjo