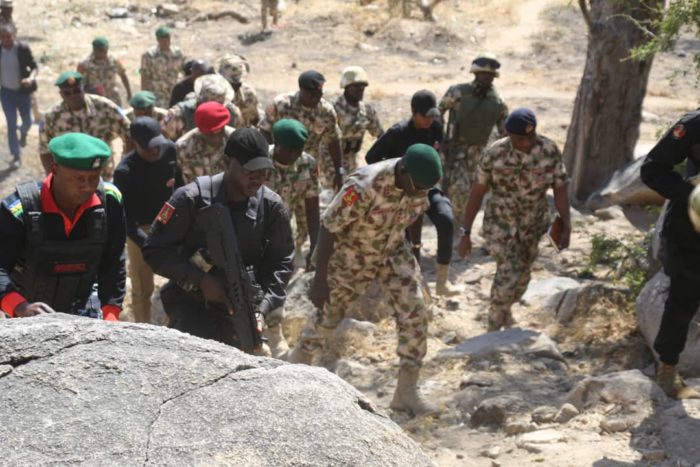 The Nigerian Army on Saturday buried three soldiers reportedly killed in a recent ambush by suspected members of Boko Haram.

The unnamed soldiers were buried at the military cemetery located in the Maimalari Barracks of the 7 Division, Nigerian Army in Maiduguri.

The Chief of Army Staff, Tukur Buratai, was reportedly at the funeral that quietly took place on Saturday morning.

Journalists were not invited to cover the funeral.

The three soldiers were buried four days after a Brigade Commander, Dahiru Bako, who died after an ambush along Biu-Damboa road, was laid to rest at the same cemetery…