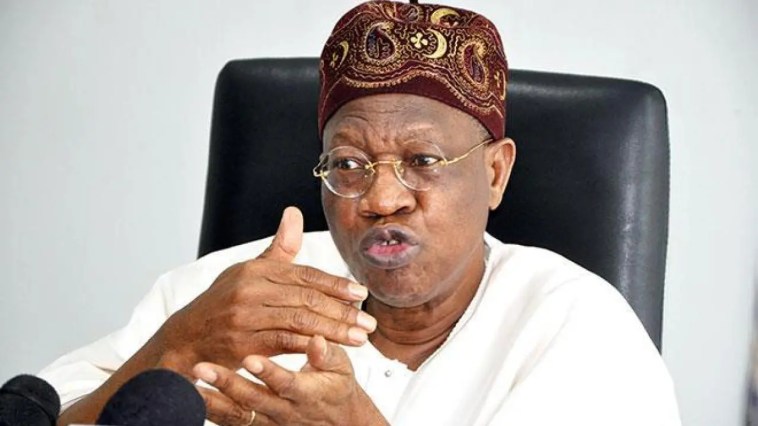 Nigerian government on Saturday appealed to labour union to suspend its planned nationwide strike over the increase in petrol price and electricity tariff.

Recall the government and the organised labour, Nigeria Labour Congress (NLC) and Trade Union Congress (TUC), failed to reach an agreement on Thursday over the increase in petrol price and electricity tariffs in the country.

Minister of Information and Culture, Lai Mohammed on Saturday said the timing of the increase in the petroleum and power sectors was a necessary coincidence and not a plan by the government to increase the current economic realities of Nigerians.

Lai Mohammed, addressing online publishers in Lagos. asked Nigerians to bear with the government at such a time, adding that more prosperous years are ahead.

He mentioned that the deregulation of the petroleum sector will save the country trillions of Naira, which will then be used to provide modern infrastructures for the benefit of Nigerians.

He said: “We wish to appeal to organize labour to shelve its planned strike, which can only bring more hardship to ordinary Nigerians.

“The timing of these two necessary adjustments, , has raised some concerns among Nigerians and reinforced the false narrative that the government is insensitive to the plight of the citizens. This is a mere coincidence. First, the deregulation of PMS prices was announced on 18 March 2020, and the price modulation that took place at the beginning of this month was just part of the on-going monthly adjustments to global crude oil prices.

“Also, the review of service-based electricity tariffs was scheduled to start at the beginning of July 2020 but was put on hold so that further studies and proper arrangements can be made. Like Mr. President said at the opening of the last Ministerial Retreat, this government is not insensitive to the current economic difficulties our people are going through and the very tough economic situation we face as a nation. We certainly will not inflict hardship on our people. But we are convinced that if we stay focused on our plans, brighter and more prosperous days will come soon…

Back to Top
Close
X
Rouhani condemns US for ‘crimes’ against Iran…Breaking News 2Iran’s President Hassan Rouhani on Saturday said people should blame Washington for the “crimes and pressure” facing the country, as waves of US…