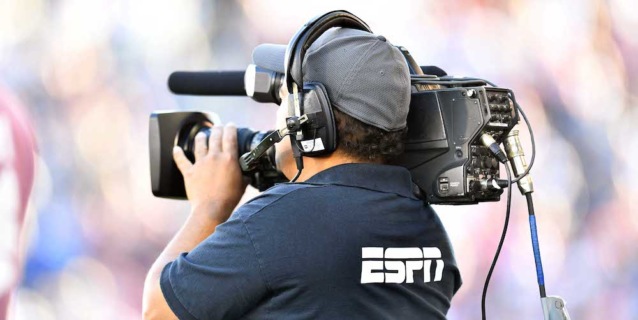 The economic shutdown caused by the coronavirus pandemic that already led Walt Disney to lay off nearly 30,000 employees who worked in the theme park business may soon affect one of the company’s other ventures: ESPN.

The Worldwide Leader could lay off hundreds of employees in the coming weeks, sources told Front Office Sports. On the high end, 700 employees could be gone. On the low end, 300.

While the majority of layoffs are expected to affect employees who work behind the camera, some on-air talents are also expected to be let go, especially if they are working with an expiring contract.

A desire to cut costs, potentially tens of millions of dollars in salary, ahead of upcoming rights negotiations with the NFL, NHL and NBA over the next few years could be a contributing factor as to why ESPN was willing to let Keith Olbermann out of his contract to launch a nightly YouTube show about politics.

ESPN currently employs around 4,000 people at its headquarters in Bristol, Connecticut, and about 6,500 worldwide.

If the cuts are made, it would mark ESPN’s third major round of layoffs in five years after the network previously made cuts in 2015 and 2017.

This article originally appeared in Inside Hook

Back to Top
Close
X
Lakers top Heat, 102-96, now one win away from championship…SportsThe Los Angeles Lakers defeated the Miami Heat (102-96) in Game 4 of the NBA Finals on Tuesday night. The Lakers lead the series 3-1 and are one win a…