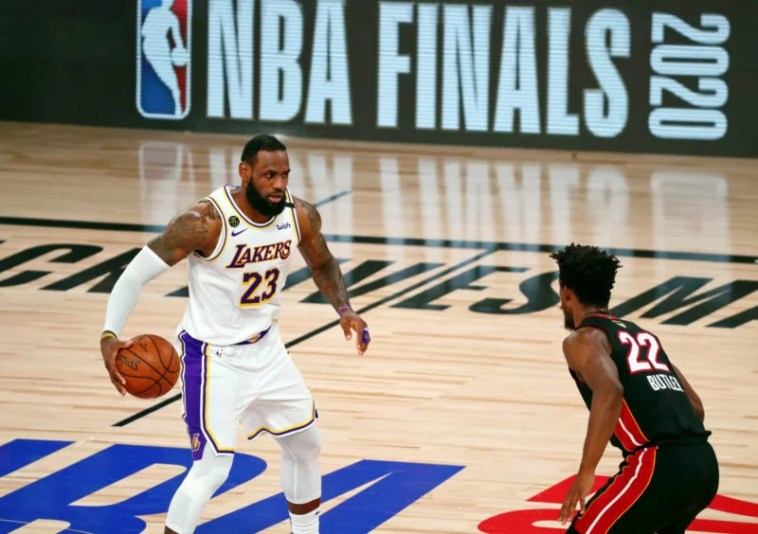 LeBron James is almost universally recognized as one of the greatest players in NBA history, with many believing he and Michael Jordan are the best two in some order.

Yet he still wants his “damn respect.”

Following Sunday’s 106-93 victory over the Miami Heat to clinch the 2020 NBA Finals, James called for respect for the entire Lakers organization. He ended the plea by saying, “I want my damn respect, too.”

"I want my damn respect too."

James dropped a triple-double in Sunday’s closeout game, finishing with 28 points, 14 rebounds and 10 assists while setting the tone from the start. He picked up Jimmy Butler on the defensive side in the early going and worked to get his teammates involved while also finding his own shots and battling on the boards during a dominant win.

The game was never in doubt with the Lakers jumping out to a 30-point lead in the first half, and James clinched his fourth career title.

While the fifth-seeded Heat don’t exactly compare to the San Antonio Spurs and Golden State Warriors powerhouses that he faced in previous NBA Finals as a member of the Heat and Cleveland Cavaliers, this was still the culmination of a difficult journey.

The league suspended its season on March 11 because of the COVID-19 pandemic and put together a plan to finish the playoffs at Walt Disney World Resort in a bubble-like environment.

That meant players were away from their families and isolated for weeks all while battling for a championship in the pressure-packed playoffs. That pressure got to favorites such as the Milwaukee Bucks and L.A. Clippers, but the Lakers were never truly in danger of losing a series.

In fact, they lost a grand total of five games throughout the entire playoffs with James and Anthony Davis spearheading the effort.

LeBron James: 'I want my damn respect' after leading Lakers to 2020 NBA title