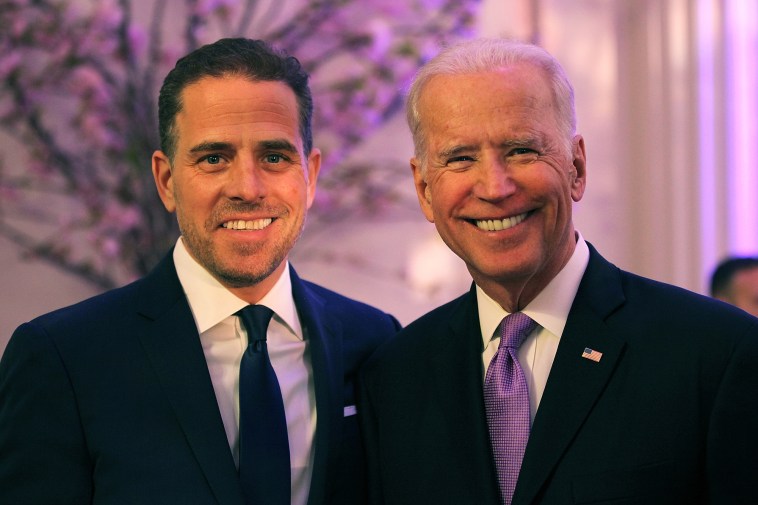 A corrupt Ukraine firm reportedly got direct access to then-vice president Joe Biden through his son.

According to a 2015 email, then–vice president Joe Biden met with a top executive at Burisma, the Ukrainian energy firm that paid Biden’s son, Hunter, $50,000 a month to sit on its board. Earlier, the Burisma executive had asked Hunter to use his influence to quell Ukrainian government officials who were trying to extort the company. Months later, Vice President Biden coerced the Ukrainian government into firing a prosecutor who says he was gearing up an investigation of Burisma.

The evidence that Vice President Biden gave access to the company that was paying his son is disputed. It comes from emails stored on the hard drive of a laptop computer that appears to be Hunter Biden’s. The emails were disclosed in a report by the New York Post.

The Post was alerted to the hard drive’s existence by Steve Bannon, a former Trump adviser. The paper received a copy of the hard drive from Rudy Giuliani, the president’s personal lawyer. A Biden spokesman claims that, according to Biden’s official schedule, he never met with the Burisma official. Obviously, that does not prove that the meeting did not happen, any more than the email, by itself and without more authentication, proves beyond a doubt that it did happen.

Remarkably, with less than three weeks to go before the presidential election pitting Vice President Biden against President Trump, and with Americans already casting their ballots, the mainstream media, along with Facebook and Twitter, are suppressing the Post’s report. As Reason’s Robby Soave explains, reporters who have reported on it — even critically — have been denounced by other journalists and progressive groups.

Vice President Biden has insisted repeatedly that he had no involvement in Hunter’s foreign business dealings and never even discussed them with his son.

Yet, in an email on April 17, 2015, Vadym Pozharskyi, the Burisma executive, thanked Hunter for arranging a meeting for him with the vice president in Washington. A few months later, Vice President Biden squeezed the Ukrainian government to fire its prosecutor general, Viktor Shokin, who maintains that his office was preparing to investigate Burisma. Shokin was fired after the vice president threatened to withhold desperately needed American government aid.

I looked at them and said: “I’m leaving in six hours. If the prosecutor is not fired, you’re not getting the money.” Well, son of a bitch, he got fired!

The former vice president related the incident during a 2018 speech to the Council on Foreign Relations.

Biden and his supporters have insisted that the Obama administration wanted Shokin fired because he was corrupt and European leaders wanted him out. Biden claims that threatening to withhold American aid in order to pressure Ukraine to act had nothing to do with a personal political agenda involving Hunter or Burisma.

Late last year, the FBI took possession of the laptop pursuant to a grand-jury subpoena, the Post recounts.

President Trump was impeached by House Democrats for threatening to withhold American aid in order to pressure Ukraine to act in furtherance of a personal political agenda.

Burisma is a notoriously corrupt energy company founded by Ukrainian oligarch Mykola Zlochevsky. It was recently implicated in a $6 million bribery scheme (apparently long after Hunter Biden severed ties with Burisma). The firm retained Hunter Biden to join its board of directors in April 2014, paying him lavishly even though he had no experience in the energy sector. At the time, his father, the vice president, was the Obama administration’s point man on Ukrainian policy.

Back to Top
Close
X
Hustlers have taken over #EndSARS movementOpinionBy Fredrick Nwabufo The vulture is a minaciously patient bird. It does not exert itself hunting. It waits to devour the kill of another. It circles th…