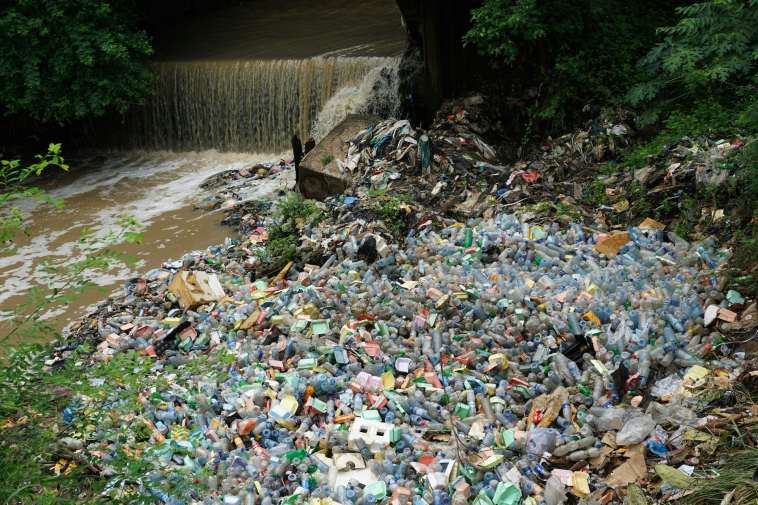 Freshwater ecosystems are a priority for environmental scientists because they affect the health of animals and plants on land too – as well as people. They provide food, water, transport and flood control. Freshwater ecosystems also keep nutrients moving among organisms and support diverse forms of life.

Freshwater systems make a big difference to the quality of life in any human society. But they are under great pressure. Freshwater biodiversity is declining faster than terrestrial biodiversity.

Among the three major types of habitats – terrestrial, freshwater and marine – freshwater accounts for less than 1% of the earth’s surface. Yet these habitats support more species per unit area and account for about 6% of the world’s biodiversity.

One of the biggest stresses on freshwater ecosystems is the presence of plastics. Some microplastics – tiny pieces of plastic that have broken down from bigger pieces – get into water from various sources. Some are introduced from industrial sources like cosmetics, toothpaste and shaving cream. Another major source is dumping of plastic waste like bags and bottles.

In Nigeria, an important source is the plastic sachets that contain drinking water. Over 60 million of these are consumed in a day.

Ultimately all these types of plastic waste find their way to the aquatic environment. There they stay in the water column, settle on river beds or are ingested by aquatic animals.

My research group set out to assess the load and chemical nature of microplastics in two important rivers and Gulf of Guinea tributaries in Nigeria. We looked for the presence of microplastics in aquatic insects since they often dominate aquatic animal life. Most also spend their adult stage in the terrestrial environment, once they emerge from their larvae. We found that microplastics were present in large quantities in the insect larvae. The insects are part of a food chain and could transfer the harmful effects of microplastics throughout the chain.

This further reinforces the urgent need for Nigeria to go ahead with measures to reduce the use of plastic bags and single-use plastics.

We used three of the rivers’ aquatic insect species as bio-indicators and found that all three had ingested microplastics from the two rivers. The ingested microplastics include styrene-ethylene-butylene-styrene, acrylonitrile butadiene styrene, chlorinated polyethylene, polypropylene, and polyester. The quantity of microplastics ingested by the insects was fairly high, especially in the Chironomus sp. which is a riverbed dweller recorded in the Ogun River.

The diversity of plastic polymers recorded in these insects suggests a wide range of applications of plastics in Nigeria.

The three insect species spend their larval stages in the water and later migrate to land in the adult phase. The concern is that the insect larvae could serve as a link for microplastics’ transfer to higher trophic levels in the aquatic environment. Also, the adults serve in the same capacity in the terrestrial environment. A trophic level is the group of organisms within an ecosystem which occupy the same level in a food chain.

Dragonfly larvae in the water are eaten by fish, salamanders, turtles, birds and beetles. Adult dragonflies on land are also eaten by birds and other insects.

Other research elsewhere has shown the link between microplastics and human health.

Through feeding, the transfer of microplastics in the environment could go as far as people – who caused the plastic pollution in the first place.

Evidence suggests that microplastics reduce the physiological fitness of animals. This comes through decreased food consumption, weight loss, decreased growth rate, energy depletion and susceptibility to other harmful substances. Human health could similarly be at risk on account of microplastic ingestion.

Microplastics can be retained for a longer time at the higher trophic levels where humans belong, thereby predisposing humans to serious health hazards.

Case for a plastic bags ban

For a long while, the call to mitigate plastic pollution was not heeded in Nigeria. Recently, the House of Representatives passed a bill banning plastic bags. But this is yet to be implemented as the president has not assented to it.

A study in the European Union indicates that a ban on single-use plastics could reduce marine plastic pollution by about 5.5%.

It is about time Nigeria treated plastic pollution as a national emergency, considering its implications for human health and the ecological integrity of aquatic ecosystems. An approach that puts people at the centre of the issue has been suggested as one way to convince local communities to preserve the integrity of the environment.

Perhaps this approach could help restore plastic-laden aquatic ecosystems and preserve the pristine ones.

Back to Top
Close
X
When will the truth about the Bidens’ Ukraine deals & financial bonanza come out?…Special ReportBy Ekaterina Blinova Despite the US mainstream media and the FBI appearing uninterested in the latest GOP study concerning Hunter Biden's financial tr…

Why microplastics found in Nigeria's freshwaters raise a red flag

X
How Africa’s deserted game reserves have shifted from safaris to slaughter…Special ReportWhen Prince Harry was seeking to impress Meghan Markle in the early days of their courtship, he took her on a surprise trip to Botswana, the African c…