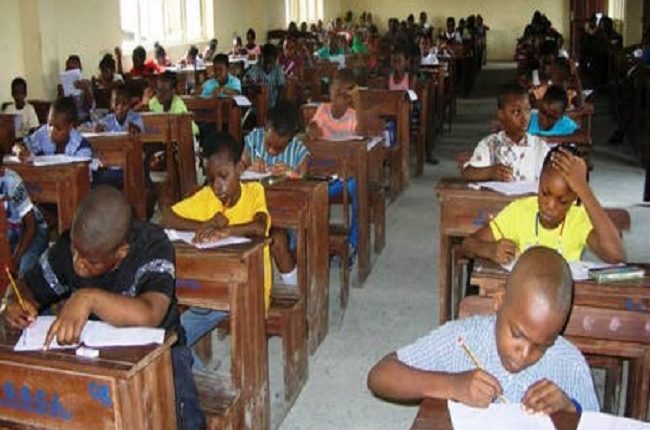 Not less than 92,591 candidates on Saturday sat for the 2020 National Common Entrance Examination nationwide with the hope of getting admission into the 104 Federal Government Colleges, also known as Unity Schools spread across the country.

Based on the available carrying capacity of the schools, the Federal Government has however, said only about 30,000 out of the 92,591 candidates would be offered admission representing a ratio of 1 out of 3 candidates that would be given admission at the end of the exercise.

Adamu was particularly impressed by the adherence to COVID-19 protocols and guidelines across the 639 examination centres, saying he was delighted that both candidates and invigilators wore face masks, observed physical distancing with candidates sitting about 2 metres from one another as well as provision of washing hand water at strategic points with soap and hand sanitizers.

He noted that the examination results would be released as quickly as possible to enable the successful candidates prepare for resumption early next year.

Permanent Secretary, Arc. Sonny Echono, in his remarks, noted that this year National Common Entrance Examination witnessed a significant increase in number of candidates because of the modest investment by the President Muhammadu Buhari led administration in providing infrastructure and ensuring that proper teaching and learning take place in the schools.

He explained that in spite of COVID-19 pandemic that hampered most activities, more than 92,000 candidates registered for the examination as against the 75,000 candidates that sat for the examination in 2019, adding that parents have now picked interest in the Unity Colleges because of the improvement in infrastructure as well as the quality of teaching and learning going in the schools in the last few years.

He said: “Also very significant to mention is that for the past few years, I took the pain to follow up to a State, about the least State that is interested in the examination and that is Zamfara State. But I’m very pleased to announce and it is a pleasure because it demonstrates what political will means; Zamfara that used to be 47 that is 36 states plus FCT, the absolute last, in the last few years, this year Zamfara has moved up to number 14.

On carrying capacity of the schools, Echono urged parents not be disturbed as government was working to expand the facilities and the number of colleges, disclosing that this year only about six new Technical Colleges were created so as to be able to absorb more candidates.

He added that the Ministry of Education has approval for over a three-year period to establish 16 Federal Technical Colleges, saying the first six have been established and that the remaining ones would be established five per year.

He said: “We are now moving towards 30,000. We used to hover around 25,000 but we have the new additions, we are talking about almost one in three of those who are applying that will get space because we are talking of about 92,000 and 30,000 carrying capacity. The ratio is about one in three for this year”.

NECO Registrar, Prof. Godswill Obioma, said there was compliance with minimum standard of COVID-19, saying the Council deployed 284 internal monitors, NECO staff, all over the country monitoring the exercise to make sure that examination malpractice is curtailed while also enforcing COVID-19 protocols, explaining further that the Ministry of Education also deployed about 295 external monitors in ensuring smooth and hitch-free examination across the centres.

He also disclosed that plans were underway…

Read the full article in Tribune

Back to Top
Close
X
End SARS: Sanusi Lamido under fire for not speaking out…Aggregation 1Sanusi Lamido Sanusi, a former Emir of Kano State, and the national leader of the ruling All Progressives Congress, APC, Bola Tinubu has been called o…

X
Oil tanker with 60,000,000 gallons of oil aboard is currently sinking…Aggregation 1YouTVia guns21111 On Youtube:…