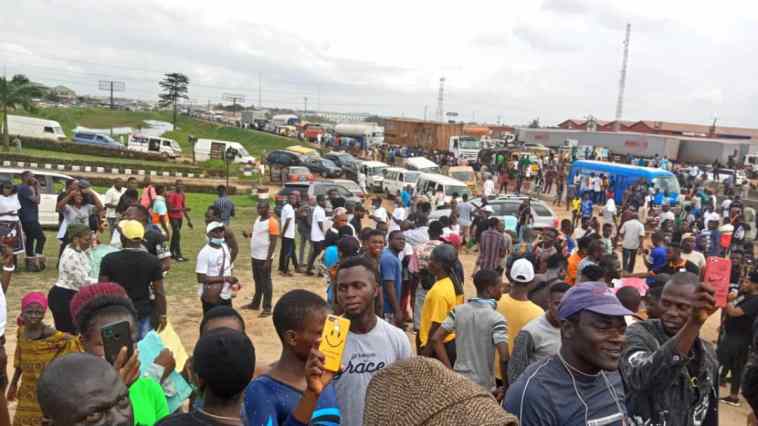 Anambra, Enugu, Imo and Lagos states, as well as the Federal Capital Territory (FCT). The report of their findings was published in June this year. The report noted that “Researchers interviewed a total of 82 people, including victims, journalists, human rights defenders, witnesses of abuses, relatives of victims and lawyers. “Most of the interviews were done in person, but some were conducted by telephone. Some names of victims and witnesses have been withheld or changed, in order to protect their identities.”

Vanguard had published the recommendations of the report HERE. Below are cases of SARS brutality as recorded in Amnesty International’s report. 23-year-old Miracle First is 23-year-old Miracle, who was arrested in February 2017 and detained at SARS detention centres in Awkuzu and Neni in Anambra State, on the allegation of laptop theft. He told Amnesty International that he was tortured and hardly given any food during his 40 days in detention by SARS, before he was charged and brought before a court.

He told Amnesty International: “At SARS Awkuzu, their leader directed them to hang me. They took me to the back of the hall and tied me up with ropes.“They tied my hands behind me, tied my two legs together and then tied the rope binding my hands with that around my legs behind me, causing my chest to protrude.

They had two already prepared iron stands where they hang people. “They passed an iron rod through the ropes and then lifted me up by the rod and hung me from the iron stand. “Then they started to use all manner of items to beat me, including machetes, sticks, inflicting me with all manner of injuries. When the first officer came to check and saw that I was almost unconscious, he went to call their team leader, who then asked them to bring me down. “They dumped me inside the interrogation hall.” Miracle told Amnesty International that the next day, he was taken from Awkuzu to a SARS detention centre in Neni, where he was detained for 40 days.

Back to Top
Close
X
End SARS: Sanusi Lamido under fire for not speaking out…Aggregation 1Sanusi Lamido Sanusi, a former Emir of Kano State, and the national leader of the ruling All Progressives Congress, APC, Bola Tinubu has been called o…