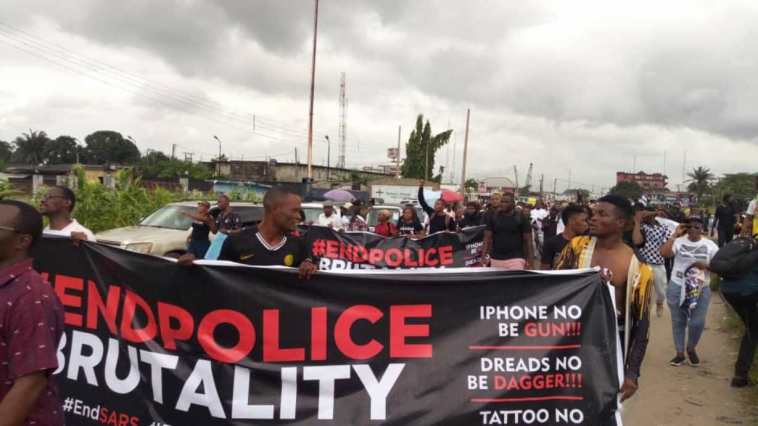 — Ekweremadu points the way out for policing in Nigeria

Nigeria is under siege.

The  perceived ‘lazy’ and ‘criminally-minded ‘Nigerian youths recently woke up from a deep slumber and began to look for space in the   society. With the #EndSARS, the youths want an end to police brutality. And from happenings in the the last few days it clear that they are also restructuring of the Nigerian society where they grew up without regards or space from the society. They are demanding for their rights in a society that did not have them in reckoning.

Every year, hundreds of thousands of graduates are being churned out of the universities and many have remained unemployed after decades of graduating from universities. The job situation could not cope with the graduates turned out from the universities and this poses a great problem for youths. Hence, a lot of young people who could be involved in building the nation are found in criminal activities such as armed robbery, prostitution and fraud. There is no justification for fraud though but the young people are saying enough is enough.

Led by celebrity youths like David Adeleke (Davido); Wizkid, Runtown, Flavour, Phyno and several others, the widespread protests are indeed a sign that the country’s massive young population is finding its voice and demanding reforms in Africa’s most populous country, which has been characterised by poor governance since its independence 60 years ago.

They practically forced   President Buhari to disband the Special Anti-Robbery Squad (SARS)  unit but even that could not satisfy  them as they want total police reforms and for officers in the ‘rogue’ department to face justice.

It is estimated that about 60 percent of Nigerian population is under 30 and need to be accommodated with education, training and health but as…

Back to Top
Close
X
Towards ending police brutalityOpinionBy Disu Kamor The current situation in Nigeria demands some deep reflection and more importantly, decisive actions. Corruption and insecurity are both…

#EndSARs as metaphor for real restructuring -