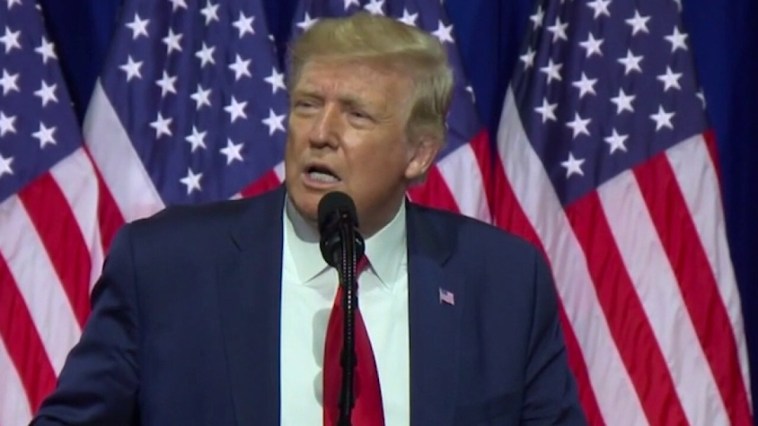 President Trump, however, has paid unprecedented attention to African Americans, even in the crucial, final weeks of the 2020 election cycle.

We can trace this focus back to 2016, when then-candidate Trump challenged Black voters to consider all their options.

TRUMP’S WORK FOR BLACK COMMUNITY ‘UNPARALLELED TO ANY OTHER PRESIDENT’ OF PAST 50 YEARS: DEM LAWMAKER

“Look at how much African-American communities have suffered under Democratic control,” Trump said four years ago. “To those hurting, I say: What do you have to lose by trying something new like Trump?”

Trump dared to go where few Republicans ever venture.

“You’re living in poverty,” Trump said to Black voters. “Your schools are no good. You have no jobs. Fifty-eight percent of your youth is unemployed. What the hell do you have to lose?”

Some African Americans were insulted by Trump’s rhetoric; others agreed with him. I thought he could have made his point in a better way, but there was certainly truth in his words. Historically, African Americans have been stuck at or near the bottom rung on the economic ladder.

Kim Klacik, a Black conservative Republican, is running for the U.S. House in Maryland’s 7th Congressional District, which includes some of the poorest, most crime-ridden and hardest-hit parts of Baltimore. She released a video in August that went vital, receiving more views on social media than former first lady Michelle Obama’s speech at the Democratic National Convention.

In the video, Klacik argued that Democratic policies have devastated Baltimore and said that Black people don’t need to vote for Democrats. She later received President Trump’s endorsement in a district that most Republicans had written off as unwinnable for decades.

Klacik and I spoke in a recent episode of my new podcast, “Outloud with Gianno Caldwell.” What she told me about President Trump’s efforts at outreach to Black voters was surprising — even for me, although I’ve…

Back to Top
Close
X
Obama to stump for Biden less than two weeks before election…US Election 2020Former President Barack Obama will head to Philadelphia on Wednesday to campaign on behalf of the Biden-Harris ticket, his first appearance on the tra…

Gianno Caldwell: Trump has done a lot for Blacks — don’t say I ‘ain’t Black’ because I won’t vote for Biden

X
Why are Twitter, Facebook doing bidding of the Biden campaign?…US Election 2020This is a rush transcript from “Hannity" October 15, 2020. This copy may not be in its final form and may be updated.SEAN HANNITY, FOX NEWS HOST: We…