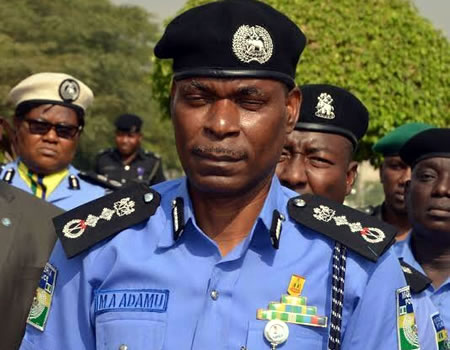 THE Nigeria Police Force (NPF) is to kick start the recently created Special Weapons and Tactics Teams (SWAT) Unit with 1,850 operatives in the states of the Federation and the Federal Capital Territory FCT Abuja any time from now, a credible source at the Force Headquarters, revealed this to Tribune Online.

The source said that already, Commissioners of Police in the 36 States and the Federal Capital Territory, (FCT) Command have been directed to submit 50 names of personnel per state for the scheme.

The source further revealed that the CPs were strictly advised that no former member of the defunct SARS should be included on the list and that “the nominees should not have any pending or decided disciplinary case (s) and must be of impeccable character.”

The letter titled: “Training of Nigeria Police Special Weapons and Tactics  Teams (SWAT) to replace the disbanded Special AntiRobbery Squad (SARS),” says: “The Commissioner of Police warn and release the affected officers serving in your formations/Divisions to report at SHQ Damaturu on Friday 16 October, 2020 by 0800hrs prompt for CP’s briefing.”

Back to Top
Close
X
CBN denies rumours of website hackAggregation 3The Central Bank of Nigeria (CBN) n Friday denied rumours making the rounds that its website has been hacked. The CBN in a statement by its Acting Dir…

How Police will raise 1,850 operatives for SWAT

X
Fatherhood is possible with zero sperm countAggregation 3If there is no sperm or semen found in your ejaculate, it simply means that you are suffering from azoospermia – a condition that affects 1 in 10 me…