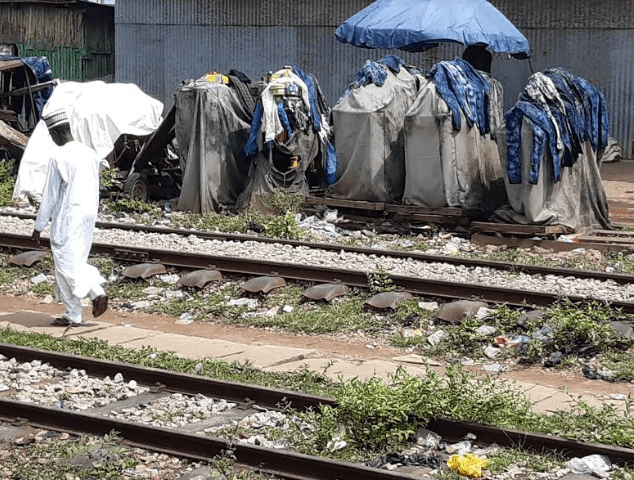 A multi-billion-naira contract to rehabilitate a section of Nigeria’s Eastern Railway Line was awarded to an unregistered entity in a process that reeked of corruption, regulatory failure, collusion, and defiance of Nigeria’s public procurement rules, an investigation by PREMIUM TIMES has shown.

That malfeasance was committed during the administration of Goodluck Jonathan, Nigeria’s immediate past president, who lost his re-election bid in 2015 in part due to charges that his government did not confront corruption frontally.

But officials under the current Muhammadu Buhari administration have also not proven to be better. They have helped to sustain a web of subterfuge devised to cover the fraud that started under Mr Jonathan.

A setup named Eser Contracting and Industry Company Incorporated, promoted by Turkish firm Eser, was awarded the contract to rehabilitate the 463 KM Port Harcourt-Makurdi section of the Eastern Railway line for N19.2 billion in March 2011. But it has no legal capacity for the work as it has no required certificate of incorporation, a CAC search revealed.

Our investigation showed the setup has possible connections with persons – Adekemi Alokolaro, nee Sijuwade, and her husband, Ola Alokolaro – who share family ties with Adeseyi Sijwuade, then Managing Director of the Nigerian Railway Corporation. For several years Mr Sijuwade has been a subject of contract fraud and corruption probes by the National Assembly and security and anti-graft operatives.

The couple, Mr and Mrs Alokolaro, did not respond to an emailed request for comment. So did Mr Sijuwade, who was contacted by phone call, WhatsApp message and SMS.

The railway rehabilitation work was divided into three sections: 463 KM Port Harcourt-Makurdi; 1016 KM Makurdi-Kuru; and 640 KM Kuru to Maiduguri, all at once awarded to three different contractors in March 2011.

Back to Top
Close
X
Recruitment: IGP files 20 fresh grounds of appeal at Supreme Court over recruitment of 10,000 consta…Breaking News 2By Nicholas Kalu, Abuja The Inspector-General of Police, IGP Mohammed Adamu, has filed 20 new grounds of appeal against the September 30, 2020 judgme…