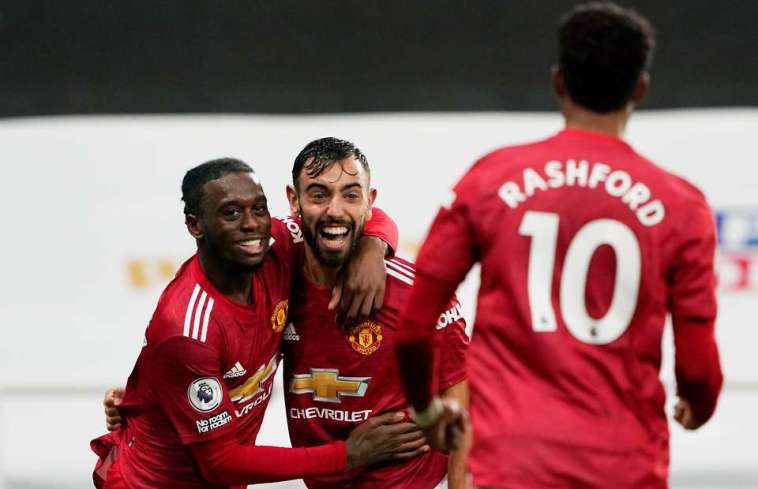 Luke Shaw’s outstretched leg sent the ball hurtling into his own net past David de Gea just two minutes in.

It was a night all about redemption, however, as Harry Maguire overcome a turbulent personal fortnight to head in the equaliser from Juan Mata’s corner.

De Gea then made up for being slow to react for the own goal with a world-class, short-range save from Callum Wilson.

The Spanish number one overcame an injury scare to keep the scores level.

United blitzed the Magpies in possession and attempts, but they were left frustrated for long spells.

Bruno Fernandes’ first-half goal was disallowed due to an offside in the build-up and the Portuguese – who had scored his last 10 penalties – later had a spot-kick saved by Karl Darlow.

Prior to kick-off, Solskjaer had made a number of bold calls, including starting Maguire just days after his red card for England in the defeat to Denmark.

That decision paid off, but eyebrows were still raised by the decision to bench both Paul Pogba and Donny van de Beek – while Mason Greenwood was left out of the squad altogether.

By the closing stages, it all meant that #OleOut was trending on Twitter – but what’s new there?

United ought to have raced clear of Newcastle, but not for the first time this season Steve Bruce’s side stayed in the game when the statistics suggested otherwise.

But the Red Devils turned the game on its head thanks to a superb team goal finished off by Fernandes – you can check that out below:

Aaron Wan-Bissaka then put the icing on the cake to make it 3-1, before Marcus Rashford added another deep into stoppage time to ensure Solskjaer’s side won just their second league game of the season.

This Story First Appeared At Give Me Sport

X
Barcelona sink to defeat against GetafeSoccerBarcelona joined rivals Real Madrid in suffering a shock defeat just one week before the first Clasico of the season, with Ronald Koeman’s men going…