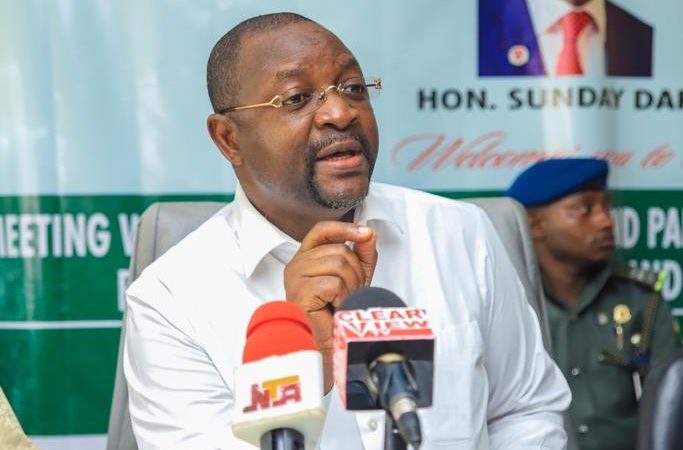 The expenses involved in inviting 60 individuals who have made the country proud in the world of sports stalled the appearance of a great number of them on Friday in Abuja.

Sunday Dare, the Minister of Youth and Sports Development, revealed this at the event organised in honour of these individuals, who are now to be regarded as Sports Icons.

The News Agency of Nigeria (NAN) reports that the event, held at the Velodrome of the Moshood Abiola Stadium in Abuja, was also in commemoration of Nigeria’s 60th Independence Anniversary.

Of the 60 individuals honoured, only six were available to receive plaques at the event.

“Nigeria is celebrating her 60th anniversary. It is a landmark event and we feel that it is a perfect time to honour some of our heroes and heroines in the sports arena.

“We asked for nominations and received over 3,400. But the committee which was set up had a difficult task in picking 60 of them because we have hundreds who have represented this county well.

“However, you are seeing a few of the icons here due to the cost implications.

“First we needed to keep their names classified. We didn’t want to unveil them before the unveiling proper. Some of them are just finding out about it in the media.

“There is also a budget consideration. We decided to bring six of them to represent the others.

“To bring 60 people here, we don’t have that kind of budget. The most important thing is that they are being recognised by the country.

“These plaques will get to them. Some will come and receive them in my office and, for others, it will be sent to them in their various locations,’’ Mr Dare said.

The minister also added that the event would be organised annually henceforth.

Back to Top
Close
X
LeBron James: ‘I want my damn respect’ after leading Lakers to 2020 NBA title…SportsBy Scott Polacek LeBron James is almost universally recognized as one of the greatest players in NBA history, with many believing he and Michael Jo…

X
Nike deal means LeBron James will wear No.6 and Anthony Davis will take his No.2…SportsIt's a time for change in NBA as next season all teams will wear the logo of Michael Jordan on their tops for the third kit, which will be provided by…