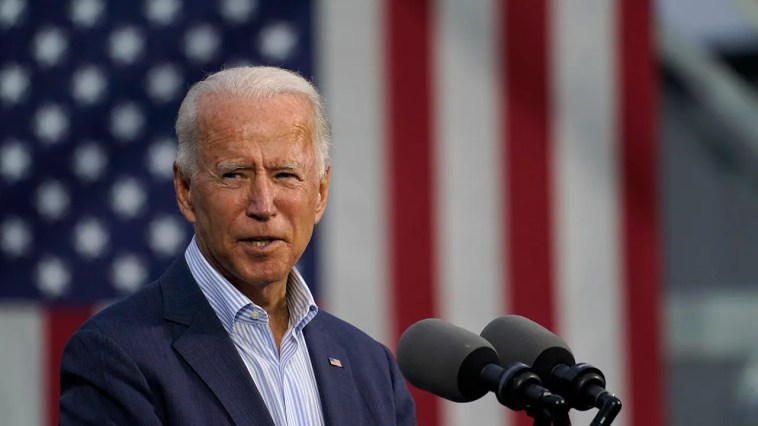 Law enforcement groups blasted Vice President Joe Biden for again suggesting training police to shoot suspects “in the leg” is a viable way to avoid fatalities, decrying the proposal as dangerous and ignorant.

During an ABC News town hall Thursday, Biden gave the shooting advice while talking about broader police reforms, which have been on the public conscience since the killing of George Floyd sparked nationwide racial unrest.

“There’s a lot of things we’ve learned and it takes time, but we can do this,” Biden said. “You can ban chokeholds … you have to teach people how to de-escalate circumstances. … Instead of anybody coming at you and the first thing you do is shoot to kill, you shoot them in the leg.”

Police officers and law enforcement groups pounced on the suggestion that officers would train to shoot someone in the leg rather than “center mass,” the largest part of the body that has long been the firearms training target.

“The guy’s clueless,” Evans said. “And I know he’s just trying to appease his left-wing base but it’s a really foolish statement.”

“Shootings are dynamic situations and we shoot to stop the threat,” Gamaldi told Fox News. “It’s incredibly difficult to hit a moving target.”

The Fraternal Order of Police has endorsed President Trump.

Back to Top
Close
X
Why are Twitter, Facebook doing bidding of the Biden campaign?…US Election 2020This is a rush transcript from “Hannity" October 15, 2020. This copy may not be in its final form and may be updated.SEAN HANNITY, FOX NEWS HOST: We…