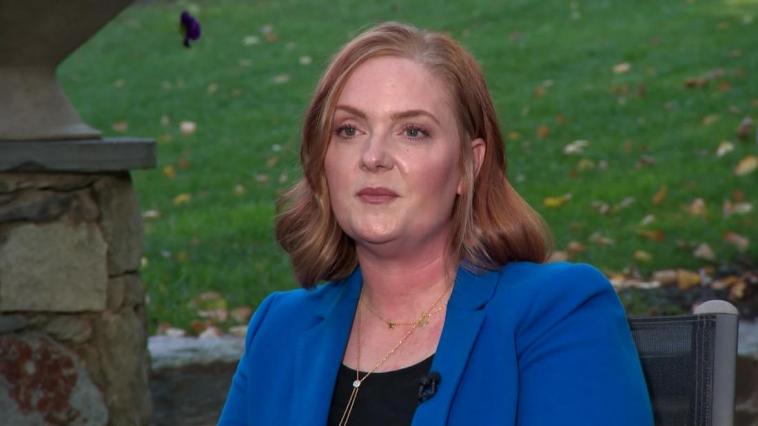 Trump, she said, put her, her husband, and their young daughter in danger of physical harm.

“He was scared,” Rachel Vindman said of Trump.

“He would do anything to discredit Alex, whatever it took, because Alex had heard the phone call, he was the main person to discredit,” she said. “We received some not-so-nice notes in the mail and some weird packages. We could see things online of people supporting him, and… it buoyed us.”

Alexander Vindman raised concerns about Trump’s July 25, 2019, phone call with the Ukrainian President to other officials on the National Security Council.
Trump fired him from his role as the top Ukraine expert at the White House in February, ultimately leading to his decision to retire from the Army this past summer.

According to Rachel Vindman, her husband believed raising his concerns about the phone call would lead to an internal course correction in the President’s approach to Ukraine, and he had no idea it would set in motion a whistleblower complaint that led to Trump’s impeachment.

She remembers the evening in September of 2018 that, in retrospect, was the last day of her old life as a military spouse. It was a Thursday and she was reading a book. Her husband got into bed.

“He was like, ‘So, there’s a whistleblower complaint that’s gone to Congress,'” she recalled. “And I was like, ‘Oh, yeah, I think I heard something about it, but I haven’t had a chance to read about it.'”

“And he said, ‘Well it was about a phone call to (Ukrainian) President (Volodymyr) Zelensky’. And I said, ‘Well, you heard the phone call, was it OK?’ And he just kind of stopped there and dropped off and asked me to check on his personal liability insurance the next day. Then he promptly fell asleep. And I stayed awake all night.”

Rachel Vindman was worried, but she had no idea the extent to which her husband was about to become embroiled in an historic presidential impeachment.

“The following week there was more information that came out. The more the President talked about it, the more I thought there was probably something to it,” she said.

Shortly after, a whistleblower complaint was made public detailing the call her husband, along with other aides, had heard.

She had watched as her husband read the complaint.

“He doesn’t really get nervous or ruffled,” she said, “but if I would say there’s one moment in all of this it was maybe reading that complaint that — you know, I could tell he was serious. And he’s not someone who takes…

Trump 'continued to put us in danger' by referencing us, says Rachel Vindman, wife of key impeachment witness