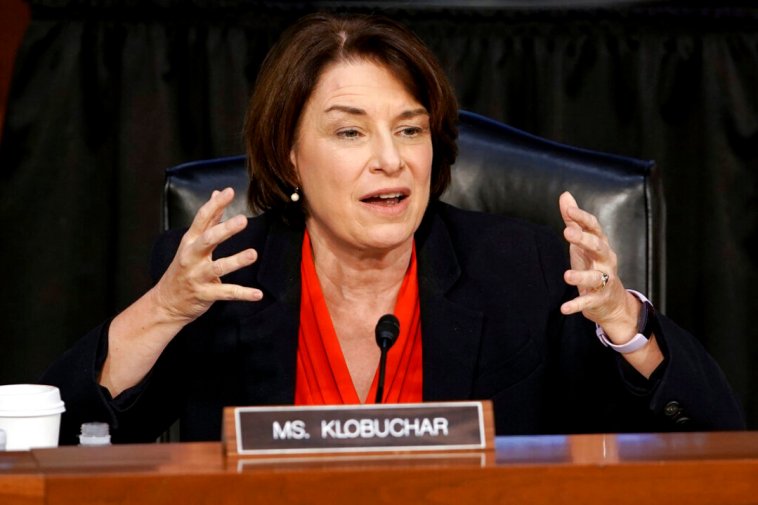 This is a rush transcript from “The Story with Martha MacCallum ” October 14, 2020. This copy may not be in its final form and may be updated.

MARTHA MACCALLUM, FOX NEWS ANCHOR: We do have a busy night for you folks. Good evening, everybody. I’m Martha

MacCallum in New York and this is THE STORY. As we sit 20 days before this

presidential election of 2020, President Trump has been crossing the

country this week. In moments, he will touch down in Iowa. And we are told

reworking a huge chunk of his speech tonight. He will be as you might

expect focusing on this news story, a bombshell report published by The New

president. The Biden campaign pushing back on this report tonight.

We’re going to have much more on this story, including the president’s

speech as soon as he takes the stage there in Des Moines, Iowa tonight, so

we can hear his response. It’ll be the first time he’s really reacting to

any of this. So, stay tuned for that newsworthy event in just a little

So, tomorrow, both Joe Biden and the president will have town halls on the

night that was supposed to be the second presidential debate. So that

next week in Nashville, Tennessee.

So, let’s swing our attention for a moment here back to Capitol Hill today.

long days throughout which she was very composed and answered those

questions in a very solid manner. I think both sides would say over the

course of this process, we’re going to kick off with an observation that

SEN. LINDSEY GRAHAM (R-SC): This hearing to me is an opportunity to not

punch through a glass ceiling, but a reinforced concrete barrier around

conservative women, you’re going to shatter that barrier. And this is

history being made folks. This is the first time in American history that

without apology. And she’s going to the court. Seat at the table is waiting

MACCALLUM: Lindsey Graham says she is going to the court. The vote has not

happened yet, as you know and is expected to wrap up at the end of the

month. So, the talk will shift to how the court will change in this new

watched her over the course of the last two days. Senator Durbin bookended

Lindsey Graham’s comments about making history, but his take on how that

history was being made went this way. Watch.

election year. In fact, you’re the first nominee to ever be considered in

the midst of an election. There is a political agenda here. And whether you

are privy to it, part of it, notwithstanding it has to do with the

Affordable Care Act. Unfortunately, that is the cloud. The orange cloud

MACCALLUM: That from Senator Durbin. Joining me now is Chairman Chuck

Grassley. He sits on the Senate Judiciary Committee. And of course, he was

the chair of that committee during previous nominations for Kavanaugh and

Gorsuch now justices, and he joins us now. Senator Grassley, thank you.

It’s always good to have you with us on the program.

MACCALLUM: I’d like to start if I may because we saw Senator Durbin

as it is known. And here she is expressing her complete independence as a

that I would just decide like, let me see what Justice Scalia has said

about this in the past because I assure you I have my own mind. But

I would do if I were Justice Barrett. That was Justice Scalia.

MACCALLUM: So, I think the Justice Kavanaugh hearings a scarred a lot of

people’s memories. And you were right in the center of that, it was really

raucous from the very beginning. Everybody remembers Kamala Harris jumped

in, I think within seconds of you gaveling down to start opposing even the

proceedings going forward. How do you feel about how this process has

GRASSLEY: Well, for everybody on the committee, the fact that it was more

peaceful than Kavanaugh, I think it’s going to really satisfy people from

that standpoint. I think from the standpoint of people not being able to

find, particularly Democrats on the committee, not being able to find any

fault wrong with her qualifications because they’re impeccable. They tried

to make a pretty much a political campaign out of this, reflecting things

that they think will help them between now and November the 3rd.

But overall, I think that this is much better a public image of this

committee in this process than Kavanaugh was. And without a doubt, the

difference between night and day.

MACCALLUM: So, as we all remember, when you look back at the beginning of

he was going to be approved without any major speed bumps. And the speed

bumps came after the part that we all just finished in this process. Do you

sleeve? Or do you think it goes smoothly this time all the way through?

GRASSLEY: The only – I can’t really answer your question except referring

back to what Senator Schumer said over the weekend, that they might not

even show up to make a quorum on the day that we vote on this. And if he

would go through with that, then things would be different. But you’re

absolutely right. Everything up until about the first week of September on

Kavanaugh was very peaceful. And then just soon as they couldn’t get – lay

a hand on him, they came up with all the things with Dr. Ford, et cetera,

et cetera. And we haven’t seen any of that this time, but we aren’t going

to know until tomorrow.

MACCALLUM: Do you anticipate that politically they would assess that not

GRASSLEY: I think everybody goes to work for their job. We get paid about

the taxpayers expect and be there.

their very progressive base, which if you look at their Twitter, some of

people in the Senate handled this. In other words, they weren’t tough

enough. You don’t know what they might do to satisfy their progressive

MACCALLUM: In fact, Dianne Feinstein really complimented her on her

explanation of severability. She said, wow, that was pretty great. It was a

very honest, I think, answer in the moment. This is Kamala Harris, who was,

I believe, just down the hall in her office. You know, and after I play

this, I’d like to hear about why you believe she was there instead on the

floor, which was basically empty by that point. Here she is.

understand, are you saying that you refuse to dispute a known fact or that

you refuse to agree with a known fact?

BARRETT: Senator, I’m not exactly sure what you’re getting at with asking

still exists in the United States, and I think we’ve seen evidence of that

MACCALLUM: What was your thought on that exchange, sir?

GRASSLEY: Well, first of all, I think she would look better if she had been

in the committee room with us. Secondly, the reason she wasn’t there, I’m

told, is because of protection from the virus, which is legitimate. But I

number of people. So, I don’t know whether the distancing was a very

important factor. There was some other reason, she wasn’t there.

MACCALLUM: Interesting. All right. Speaking of Twitter, this story that

came out, The New York Post reported that they got their hands-on emails

between Hunter Biden and a Ukrainian businessman that don’t look very good.

Hunter, and this is from Vadim Pozharskyi, an adviser to Verismo. He says,

Dear Hunter, thank you for inviting me to D.C. and giving me an opportunity

to meet your father and spend some time together. It’s really an honor and

behalf. Now, Twitter restricted this story. They shut down the story in

some way, shape or form. And even people’s accounts who were tweeting this

story got a block on them. And now, Senate Republicans have put out a

response to Jack Dorsey of Twitter. And there’s a look at that showing the

block of this story on Twitter and saying, see you soon, Jack, referring to

the chairman and founder of Twitter. What do you think about all that, sir?

GRASSLEY: Well, this this censorship by these platforms is a bigger thing,

for a long time and it kind of backs up our suspicion. All I personally

know about it is what I read in the post, but it does give some credence to

things we believe for a long time, like we know for instance, money from

going on, but it sure goes down the same direction that we had been

suspicious of for a long period of time. Well, I have not received this

material. Senator Johnson has received it. And I’m going to wait until

Senator Johnson gets some review of it.

MACCALLUM: All right. Fair enough. We will speak, I believe we’re going to

speak to Rudy Giuliani tomorrow about this, and we will be speaking with

him tomorrow night. And we’ll reach out to Senator Johnson as well to get

the facts. And we do hope that there will be questions asked about it

obviously, at this town hall, tomorrow night would be the first opportunity

to ask the former vice president about it.

So, Senator Grassley, thank you very much, sir. Always good to see you.

MACCALLUM: Thanks for being here.

Are Democrats sitting on claims to derail Barrett nomination?

X
Twitter employees openly rip Trump, praise Biden: ‘Trump must be defeated&…US Election 2020The tweets are running the asylum.Twitter’s senior executives have a long history of anti-Trump hatred, a Post review of dozens of accounts of top e…