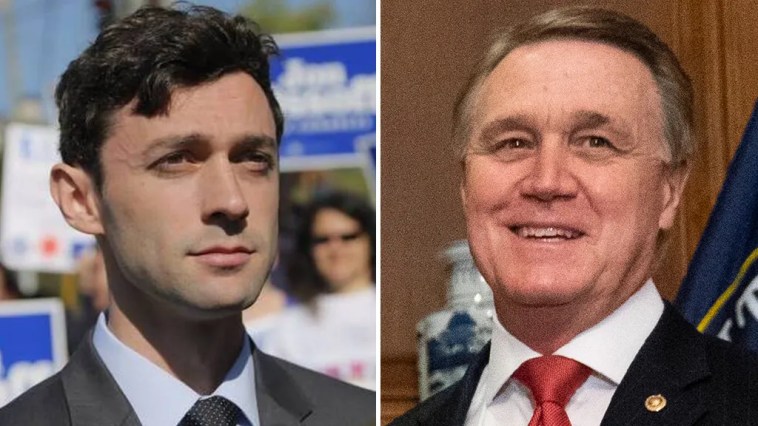 “Kamala? Or Kamala? Kamal-mala-mala. I don’t know. Whatever,” Perdue repeated as he changed the intonation of her name at President Trump’s rally in Macon, Ga.

Perdue’s campaign brushed off the mispronunciation as an accident.

“Senator Perdue simply mispronounced Senator Harris’ name, and he didn’t mean anything by it,” John Burke, the communications director for Perdue’s campaign, tweeted Friday night. “He was making an argument against the radical socialist agenda that she and her endorsed candidate Jon Ossoff are pushing.”

Ossoff’s campaign didn’t buy it though and demanded that Perdue apologize.

“Georgia needs a leader who will unite us to defeat COVID-19, not a pathetic schoolyard bully who engages in a stunning and juvenile display of bigotry at a Trump rally,” Ossoff said Saturday. “David Perdue should grow up, take responsibility for once in his career, admit he was wrong, and publicly apologize.”

Perdue, who has served in the Senate since 2016, is currently neck-and-neck with Ossoff in the polls. According to the RealClearPolitics poll average, Perdue is ahead 46% to 45%.

The $1 million that Ossoff raised in less than 24 hours will go into a sizable war chest he has built. The Atlanta Journal-Constitution reported Thursday that Ossoff brought in $21.3 million over the last three months, and ended the third quarter with $8.3 million in cash on hand.

Meanwhile, Perdue raised $5.6 million over the same period, though he came into the race with a large war chest and currently has $8.2 million on hand, AJC reports.

If both Ossoff and Perdue…

Back to Top
Close
X
University of Florida head football coach tests positive for Covid-19…Breaking News"I'm continuing to self-isolate from my family, who all remain healthy, and am following the guidelines set forth by UF Health, the CDC and our public…