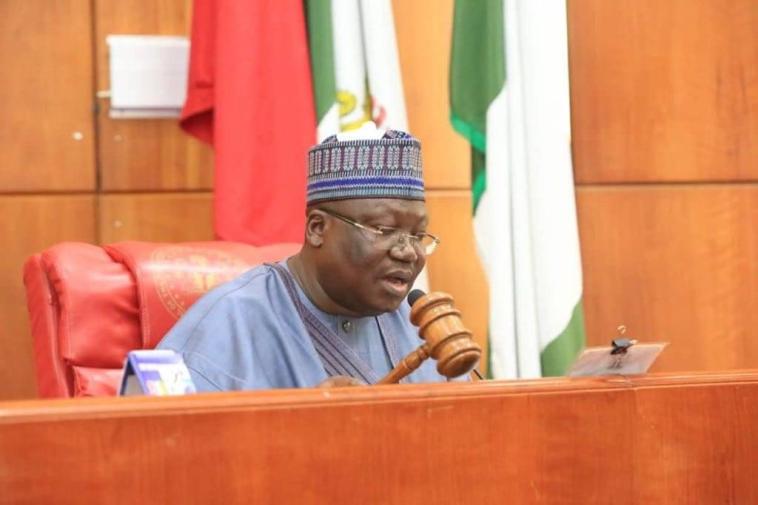 Senate President, Dr Ahmed Lawan on Saturday sponsored the wedding of 100 orphans and less-privileged couples of his constituents, in the Karasuwa and Nguru Local Government Areas of Yobe state.

Lawan, at the occasion in Nguru, said he would also support the beneficiaries with appropriate entrepreneurial skills to enable them to sustain their marriage.

“We are here to sponsor the wedding of 50 young couples from Nguru, and 50 others from Karasuwa local government areas,’’ He said.

Lawan who was represented by Ahmed Mirwa, the Speaker, Yobe State House of Assembly, also said the gesture was meant to assist underprivileged intending youths who were due for marriage; but could hardly afford it.

He said all the brides were provided with modern household appliances such as furniture, kitchen utensils, and so on.

He added that the couples would also be trained and empowered on various skills acquisition schemes, in accordance with their respective gender groups to be able to sustain the marriage.

He also said the selection process of the couples was carried out through Ward Heads, Village Heads District Heads, and Youth leaders.

Lawan would soon sponsor another round of wedding ceremony of 100 less privileged in his constituency, this is the second phase of wedding sponsored by the senate president.

He had earlier in September supported the conduct of 100 weddings in Bade and Jakusko Local Government Areas of the state.

X
Sojourners and Foreigners on EarthPremium TimesBy Femi Aribisala There was strife between the herdsmen of Abraham and those of his nephew Lot. Therefore, Abraham decided it would be best for Lot an…