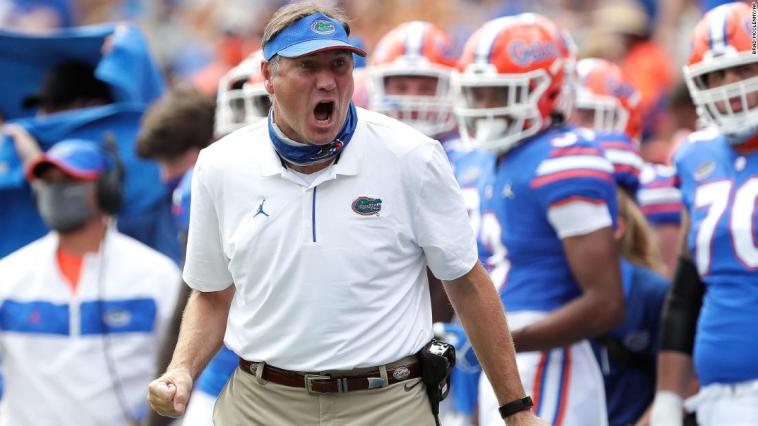 “I’m continuing to self-isolate from my family, who all remain healthy, and am following the guidelines set forth by UF Health, the CDC and our public health officials,” Mullen tweeted. “I am proud of how our players, staff, and campus community have navigated this unprecedented time and hope all continue to be safe.”

Mullen’s positive test comes after Florida was forced to postpone their game against Louisiana State University initially scheduled for Saturday and tentatively rescheduled to December 12. The Southeastern Conference also announced Friday that Florida’s October 24 game against the University of Missouri would be postponed until October 31, among other schedule changes within the conference.

“When you add in those who are quarantined through contact tracing as a result of those positives in addition to a handful of players on the non-Covid injury list, it gives the Gators less than 50 scholarship players available currently,” Stricklin said.

After the announcement of the new positive tests, the university paused the football team’s activities. Before that, Mullen had been advocating for an increase in fan attendance at the team’s home games.

“I know our governor (Gov. Ron DeSantis) passed that rule, so certainly, hopefully, the UF administration decides to let us pack The Swamp against LSU — 100% — because that crowd was certainly a factor in the game,” Mullen said following the team’s loss on Saturday, October 10, to Texas A&M in College Station, Texas.

Other schools have also struggled with Covid-19 on their football teams. The University of Notre Dame announced in September that 18 players tested positive for the virus, something head coach Brian Kelly said at the time “spread like wildfire.”
LSU head coach Ed Orgeron revealed in September that “most” of his team already had…

Back to Top
Close
X
#ENDSARS: FIDA calls for end to police brutalityBreaking NewsThe International Federation of Women Lawyers (FIDA) Nigeria has joined in speaking out against the Police brutality, abuse and infringement of human …