The African continent is slowly separating into several large and small tectonic blocks along the diverging East African Rift System, continuing to Madagascar — the long island just off the coast of Southeast Africa — that itself will also break apart into smaller islands.

These developments will redefine Africa and the Indian Ocean. The finding comes in a new study by D. Sarah Stamps of the Department of Geosciences for the journal Geology. The breakup is a continuation of the shattering of the supercontinent Pangea some 200 million years ago.

“The rate of present-day break-up is millimeters per year, so it will be millions of years before new oceans start to form,” said Stamps, an assistant professor in the Virginia Tech College of Science. “The rate of extension is fastest in the north, so we’ll see new oceans forming there first.”

✔This is part of a greater continental shift caused by tectonic plates moving underneath Africa and the surrounding oceans.

In prehistoric times around 88 million years ago, Madagascar, the island country in the Indian Ocean off the east coast of Africa, split off from the Indian subcontinent. Now, a new study shows the island is breaking up again, this time into smaller islands.

The gradual splitting of the African continent along the eastern region has been a major geological subject centered on the East African Rift system. Several reports on the rift system have described how the continent is breaking apart to form a new ocean at the volcanic “Y” junction of the Afar region in Ethiopia. The “large crack” which appeared in Kenya a country where the rift is well displayed led to more questions about the African continent splitting into two.

While the East African rift system is thought to stretch from the Afar region of Ethiopia down south to Mozambique in a new study, scientists are saying the splitting is “more complex and more distributed than previously thought”. It has been found that the rift system extends further down to the island of Madagascar which is also currently slowly breaking apart. 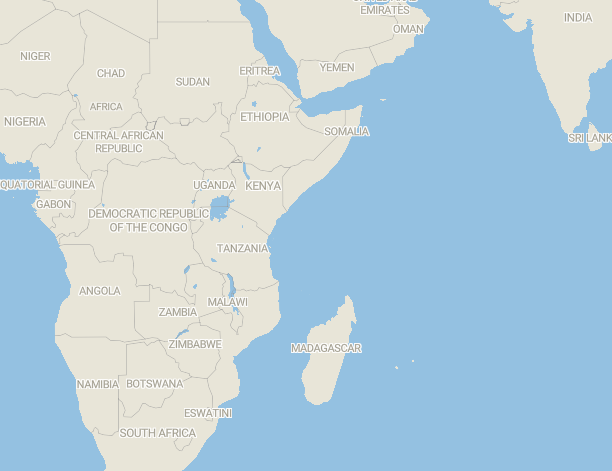 In this new study, scientists from the US, Portugal, and Madagascar tested new GPS data on very precise surface motions in eastern Africa, Madagascar, and several islands in the Indian Ocean using computer models. They found that the East African rift extension covers an area that is about 600 kilometers wide, spanning from eastern Africa to whole parts of Madagascar.

The Madagascar islands sit across two tectonic plates: the Somali plate to the north and the Lwandle microplate to the south. It was found that Madagascar is actively breaking up with southern Madagascar moving with the Lwandle microplate—a small tectonic block, while a piece of eastern and south-central Madagascar moving with the Somali plate—a far larger plate. The rest of the island was found to be breaking up into several different shapes and sizes.

While studies have shown the African continent and now the Madagascar island is actively splitting or breaking apart to form a new continent, ocean, or island, this is not happening anytime soon. This is because the rifting process which began millions of years ago is happening very slowly at about 7 millimeters annually so would take 5 million to 10 million years for a new ocean or continent to be formed.

Back to Top
Close
X
Quantum physics may explain supernatural, spiritual phenomena…ScienceBy Jaime Licauco  Whenever I talk about quantum physics in this column, I usually get the same reaction from some readers saying, “It is heavy stuf…

Scientists say African continent is breaking away, with Madagascar slowly breaking up into smaller islands