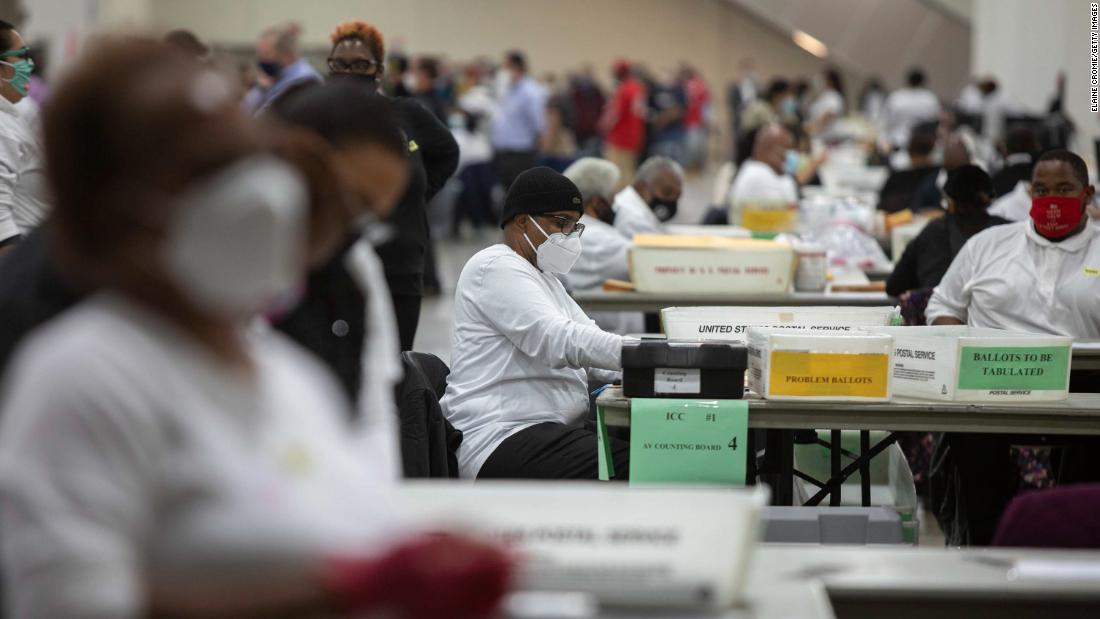 On Friday, leaders from the state’s GOP legislature met with Trump at the White House, but contrary to the baseless claims of fraud the President and his allies have been peddling, they said they “have not yet been made aware of any information that would change the outcome of the election in Michigan.” Biden leads Trump by more than 154,000 votes in the state.

Monday is the day when the Michigan State Board of Canvassers is scheduled to meet to certify those results. The board’s certification of election results is what triggers electors to be selected, which is what gets sent to the Electoral College.

What the board can and cannot do

The role of the board is very narrow and limited. It is to canvass and certify election results. Michigan election law experts told reporters on a press call Friday that the language of the law, which states that the board “shall canvass the returns,” is key to understanding the requirements of the board.

“That’s a mandatory requirement,” John Pirich, a former assistant attorney general to the state of Michigan and current law professor at Michigan State University, said when explaining the laws that govern the board.

“The Michigan Supreme Court has been very clear that ‘shall’ means ‘shall.’ It’s mandatory. It’s ministerial. They have no choice,” said Mark Brewer, the longest serving chair of the Michigan Democratic Party and an attorney at the lawfirm Goodman Acker.

The board cannot ask for an audit prior to certification, according to Michigan law.

“It’s clear. It says after certification, and it’s not to be used for recounts or certification issues,” Pirich said, referring to the law.

One of the Republican board members told the Washington Post he was considering an audit.

“I do think with all of the potential problems, if any of them are true, an audit is appropriate,” Norman Shinkle said. CNN has reached out to Shinkle multiple times for comment. CNN has also not received responses from the other board members.

X
Politicians, experts and friends of royals back calls for The Crown fiction disc…Daily MailA powerful coalition of politicians, Royal experts and a close friend of Prince Charles last night backed calls for Netflix to broadcast a disclaimer …