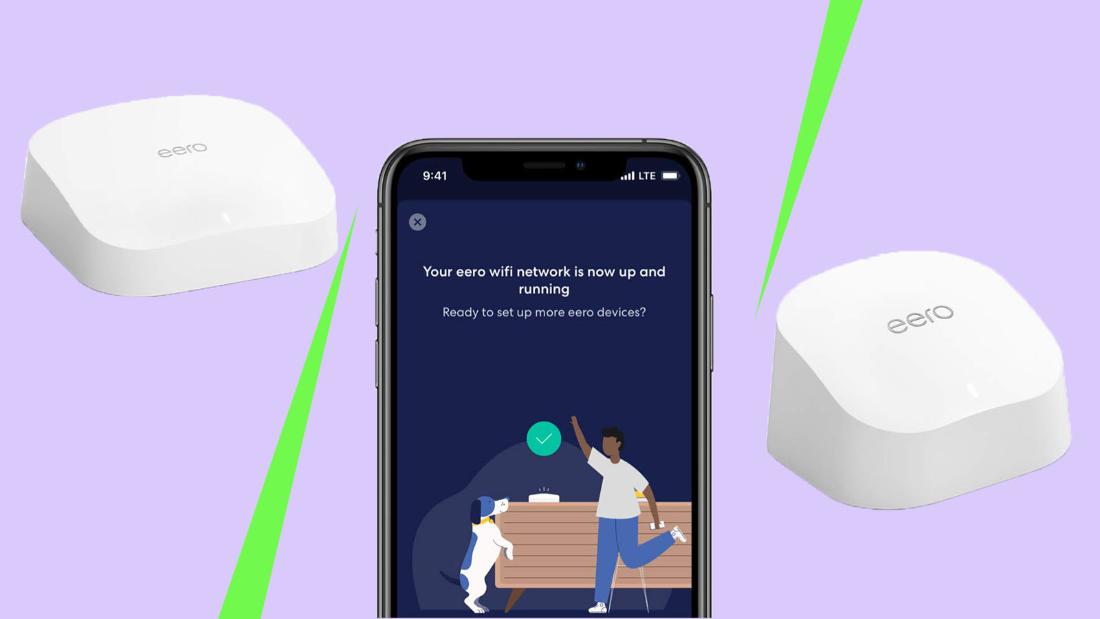 The Eero 6 and Pro 6 mesh routers — announced in September — are finally shipping. The new features? Wi-Fi 6 (a faster standard to distribute connectivity to devices ) and Zigbee connectivity (a communication standard for smart home gadgets).

Essentially, it’s a difference in the internet speeds the routers can deliver and room for connections to live on. And there’s a price difference.

We’ve spent over a week testing both Eeros, and they each deliver a dependable network with some added fluidity.

Routers aren’t always the friendliest of devices when it comes to setup. With Eero, though, it’s an effortless experience.

To set it up, you’ll need the Eero app (on your Android or iOS phone), which will walk you through the whole process. If this is your first time setting up an Eero, you’ll start by making an account and then select to create a network. And here’s the important part: If you’re opting for an Eero 6, you’ll need to use the main node, which features two Ethernet ports on the back.

And this is a bit of a letdown, as not all Eero 6s are made the same — the additional two nodes that come in the three-pack don’t feature any Ethernet ports. They have only a single USB-C port for power. In comparison, all of the Eero Pro 6s feature three ports: two Ethernets and a USB-C for power. We’re pretty bummed that the core 6s don’t feature Ethernet ports.