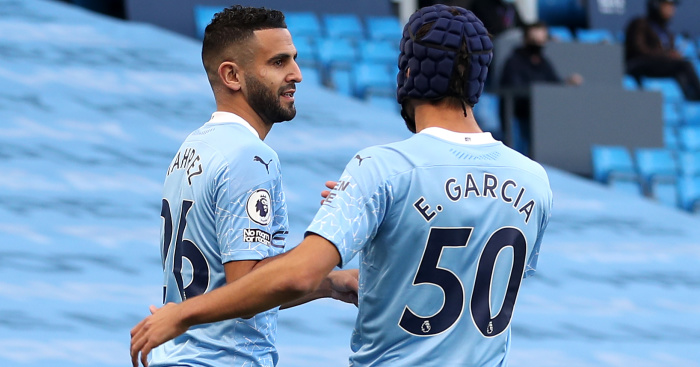 A Man City star frequently linked with a return to Spain has reportedly ‘agreed personal terms’ over a January transfer to Barcelona.

Man City have rediscovered their groove after a tricky start to catapult themselves back into the title mix.

A key component in their revival has come from the impressive partnership formed at centre-half.

The unlikely duo of summer signing Ruben Dias and the once out of favour John Stones have combined superbly.

With Aymeric Laporte waiting in the wings and Joao Cancelo operating at a high level at full-back, what was once City’s weakness has become a strength.

One player who has played no part in their defensive resurgence, however, is Eric Garcia.

The Spaniard, 20, has performed capably in limited opportunities since his arrival in 2018.

Speculation over his desire to return to his homeland began to swirl, with Barcelona emerging as the likeliest suitors.

Personal terms are said to have been agreed with Pep Guardiola comfortable with his current centre-back options.

The switch is not a formality, however, with Barcelona’s club structure requiring a vote from all four presidential candidates before a move can be authorised.

A fee of just ‘€5 million’ is expected to be bid, far less than what Man City had initially hoped for.

But with Garcia set to become a free agent in the summer, City may accept a lower bid than they originally desired to avoid losing the player for free.

Goal cite a source within the Catalan club claiming they expect Man City to play hard ball over the move, but Barcelona are likely to ‘press on with their offer’ regardless. 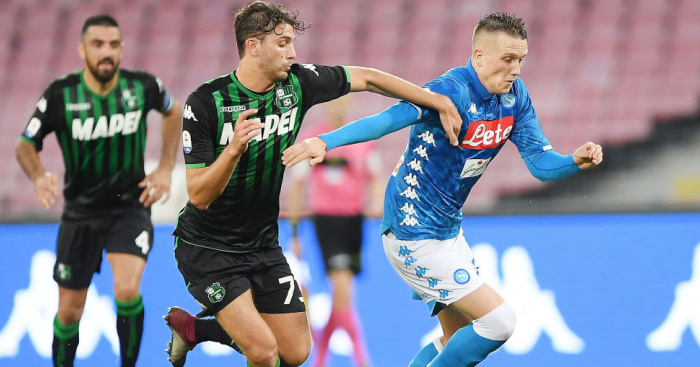 Meanwhile, Manchester City have entered the race for Sassuolo midfielder Manuel Locatelli, who is wanted by two of Italy’s biggest clubs.

Locatelli, 23, has established himself as one of the best Italian midfielders in Serie A in recent years.

After graduating the AC Milan academy, he joined Sassuolo in 2018 and has gone from strength to strength since.

His former club are well aware of how he has been progressing since. As such, they would consider taking him back to Milan. However, Serie A champions Juventus are also keen on the midfielder.

Now, though, there is competition from the Premier League. According to the Daily Mail, Man City are weighing up a move for Locatelli.

This Story First Appeared At The Teamtalk