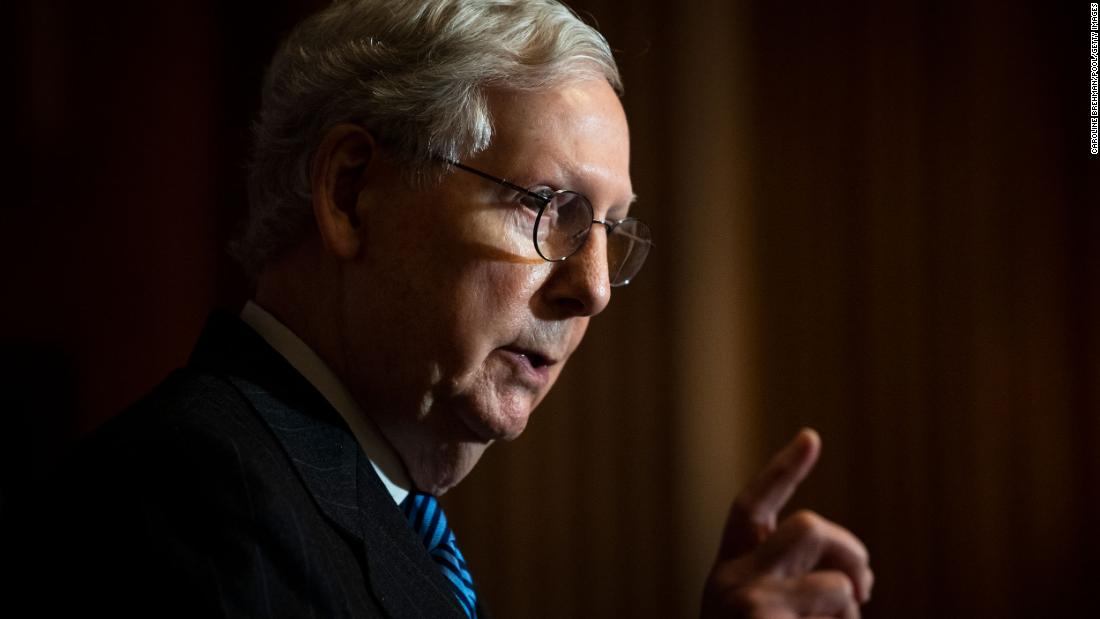 And it’s in the Senate where Republicans will be faced with a very clear choice: Will they vote to convict Trump or, as they did in 2019, acquit him?

What we know is that Senate Majority Leader Mitch McConnell believes that impeachment is actually a good thing for his party because it opens the possibility that the GOP can make a very public break from the outgoing President.

But McConnell has yet to commit to voting to convict Trump. He should. Here’s why.

1. Trump is a declining stock. Yes, there remains a decent-sized chunk of the Republican base that remains loyal to Trump. But as the President as made clear over these past few weeks — not to mention the last four years of his presidency — he is absolutely and totally unpredictable and uncontrollable. He will say and do things (and has already said and done things) that neither McConnell nor any Republican with an eye on the medium- and long-term future of the party can possibly condone or be forced to answer for.

If McConnell votes to convict Trump for his role in inciting a riot at the US Capitol, it’s very likely that he would bring enough of his Republican colleagues along with him to ensure the 67 votes necessary for Trump’s removal. (“If Mitch is a yes, he’s done,” one Senate GOP source who asked not to be named told CNN on Tuesday night.) The removal of Trump from office wouldn’t mean that all of the capitulation that McConnell and other Republicans did to Trump over the past four years would be forgotten, of course. But it would sure make it easier to begin putting Trump in the rear-view mirror — and make sure that every single Republican elected official didn’t have to respond to every norm-breaching thing the President does in his last week…