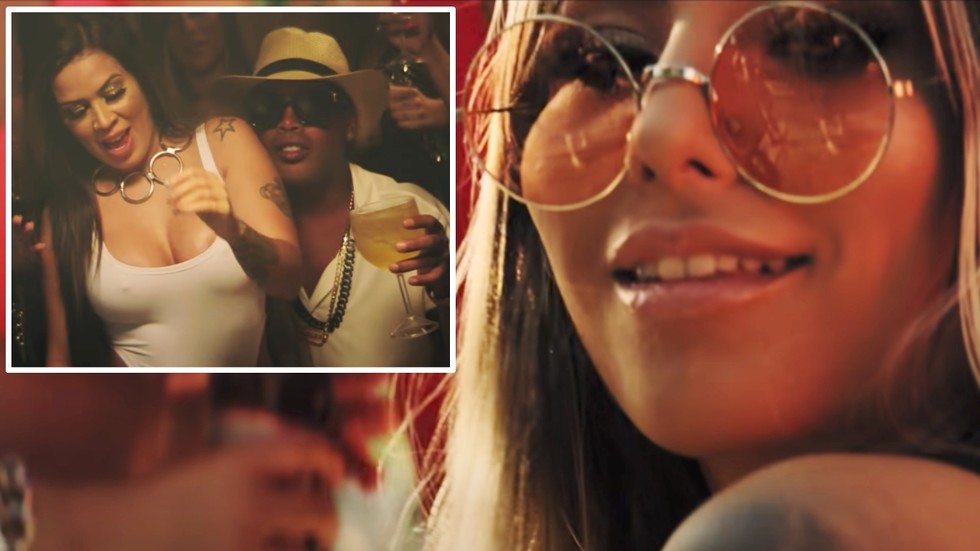 It seems Brazilian football superstar Ronaldinho has adapted to life after jail with consummate ease, with the former World Cup star partying with scantily-clad women in his first music video.

The 40-year-old former AC Milan and PSG star is now looking to carve out a music career following his retirement from football, and it appears his plan is to replace “The Beautiful Game” with beautiful women instead.

Ronaldinho says he’s planning to release up to eight tracks through 2021 and featured in Tropa Do Bruxo’s latest single, which sees the Brazilian icon dancing and drinking at a rowdy house party populated almost exclusively by bikini-clad women.

Ronaldinho was seen partying in the clip. © YouTube Tropo do Bruxo

In the video, Ronaldinho enjoys drinks by the pool and enjoys further beverages while sat at a poker table – all while surrounded by dancing, twerking women.

He then concludes the video by diving onto a group of the women.

During an interview with Globo, Ronaldinho spoke of his love for music, saying, “I’ve always enjoyed R&B, rap, hip hop, and trap has grown a lot in recent years.

“It’s a different beat that in Brazil became a thing of young people, a genre that has fewer rules, that uses social networks and platforms to its advantage.

“If I dream, I would like my music to touch people’s hearts.

“The union of music with feeling is my joy. I turn my everyday moments into music and that’s what I want to go through.

“Being in a samba circle or in the trap mood helps me to let things flow.”

It’s a major departure from his lifestyle last year, when he ended up behind bars for his part in a forged passport scandal in Paraguay. The Brazil star also contracted COVID-19 during a turbulent 2020.

But now it seems Ronaldinho is determined to make the most of his freedom by enjoying life to the very fullest.