The BBC has rejected a complaint against political editor Laura Kuenssberg over her use of the phrase ‘nitty gritty’ – which anti-racism campaigners claim originates from the slave trade.

But the remark sparked a complaint from a listener about the use of the phrase, which some anti-racism campaigners claim originates from Transatlantic slave ships.

The term was reportedly banned by Sky Sports last year over the concerns about its origins – which are disputed by some linguistics experts.

Programme bosses threw out the complaint against the journalist, who is paid up to £250,000-a-year in her top-ranking role at the BBC.

However the determined listener refused to back down and the grievance was escalated to top BBC complaints chiefs.

Now the corporation’s executive complaints unit has backed the decision of programme makers and dismissed the objection. 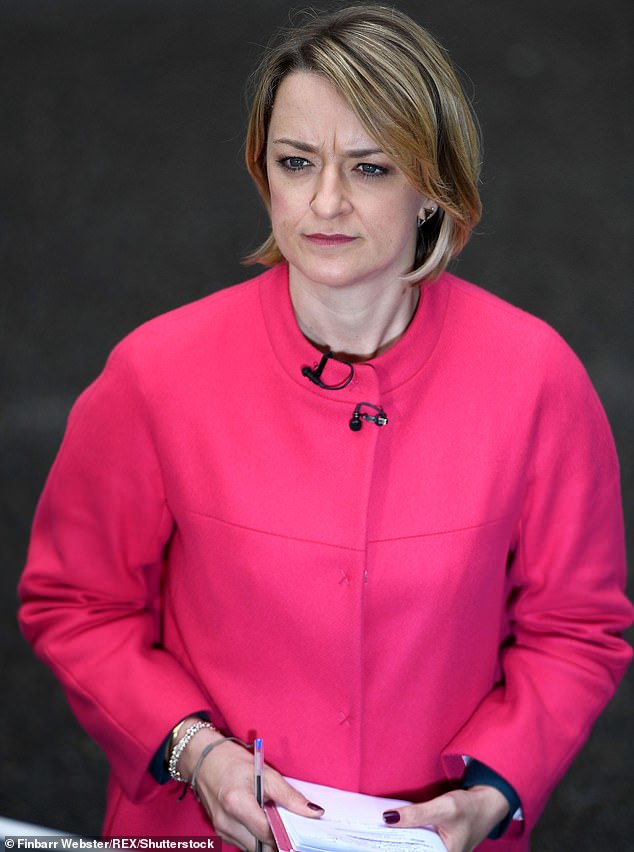 WHAT ARE THE ORIGINS OF THE TERM ‘NITTY-GRITTY’?

Today ‘nitty-gritty’ is defined by the Oxford English Dictionary as meaning: ‘The fundamentals, realities or basic facts of a situation or subject. The heart of the matter.’

The OED says that the word can be traced back to at least 1940 and originated in the United States in African-American usage.

But the origin of the phrase is uncertain and disputed – and many consider its roots to be in the slave trade, so its use is banned in some institutions such as the police force.

This theory suggests that the expression refers to the debris, such as lice and grit, left in the bottom of slave ships once the slaves have been removed from the hold after a long voyage.

But there is no evidence linking the term to slavery…