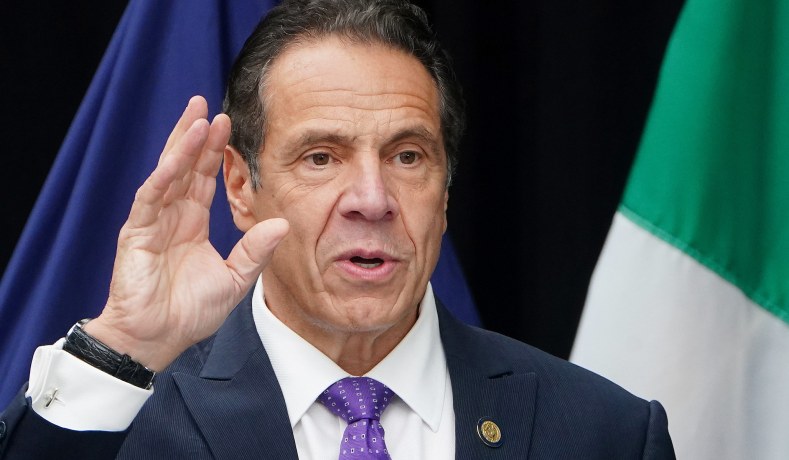 “We were ambushed like no other state,” New York governor Andrew Cuomo contended to MSNBC’s Nicolle Wallace on January 26. “Again, it was from federal incompetence. They thought the virus was in China, it left China, it had left China, it had gone to Europe and it came here for three months before they ever knew. Incompetent government kills people.”

Two days later Letitia James, the state’s attorney general, who is a liberal Democrat like Cuomo and who enjoyed Cuomo’s backing when she sought her current office, released a cautiously worded yet infuriating 76-page report suggesting that Cuomo’s incompetence cost lives.

Extrapolating from a survey of about 10 percent of state nursing homes, James estimated that the actual number of COVID deaths related to such facilities was about 50 percent higher than the official figure, which was about 8,700. Within hours, the state Department of Health scrambled to add to its nursing-home total 3,800 souls who had died in hospitals after becoming infected in nursing homes, bringing the official number up to 12,473.

As New York City mayor Bill de Blasio put it with uncharacteristic eloquence, “These are our loved ones we lost, you know, it’s someone’s grandma, someone’s mother or father, aunts or uncles, this is families missing someone dear to them.”

The coronavirus has represented a once-in-a-hundred-years public-health crisis that has not discriminated between red and blue states. Everyone should have some humility about criticizing anyone in authority during the pandemic, when many decisions were made with imperfect information and when most choices had agonizing trade-offs. Yet Cuomo’s Department of Health’s March 25 order directing nursing homes to accept incoming residents known to have the coronavirus, an order he did not rescind until May 10, stands out as foolish and disastrous — especially because New York was warned of the danger. Cuomo still refuses to say whose idea the order was.

Neutral observers, as opposed to Cuomo’s many unpaid publicists in the news media, were unsurprised by the new development, widely if mistakenly labeled “shocking” in the press. New York, which has suffered by far the worst COVID death toll of any state and is among the hardest-hit regions on the planet, has lost 34,742 to the disease, or 43,093 if you include suspected as well as confirmed cases, as does the Johns Hopkins University tracker.

Throughout this crisis the media have praised Cuomo’s supposed forthrightness and respect for facts. Last summer the New York Post, one of the few media outlets to show any interest in finding the true nursing-home figures, began calling for an independent investigation. Cuomo called that paper’s questions partisan attacks and invited New Yorkers to direct their anger toward President Trump; the rest of the media largely shrugged. Cuomo also resisted inquiries from fellow Democratic members of the state legislature and the U.S. Congress, insisting there was no need for anyone to check his numbers.

On March 2, the day after the first New Yorker tested positive for the novel coronavirus, when, as we now know, the virus was tearing through the Empire State, Cuomo explained at length why New Yorkers need not be worried, via empty slogans and macho posturing: “The facts defeat fear.” “The reality is reassuring.” “It is deep breath time.” “This is not our first rodeo.” He averred, “We should relax because that’s what’s dictated by the reality of the situation.” Incompetent government kills people indeed. More to the point, Cuomo said correctly on March 29, “Coronavirus in a nursing home is like fire in dry grass.” His mistakes played a role in fanning the flames.