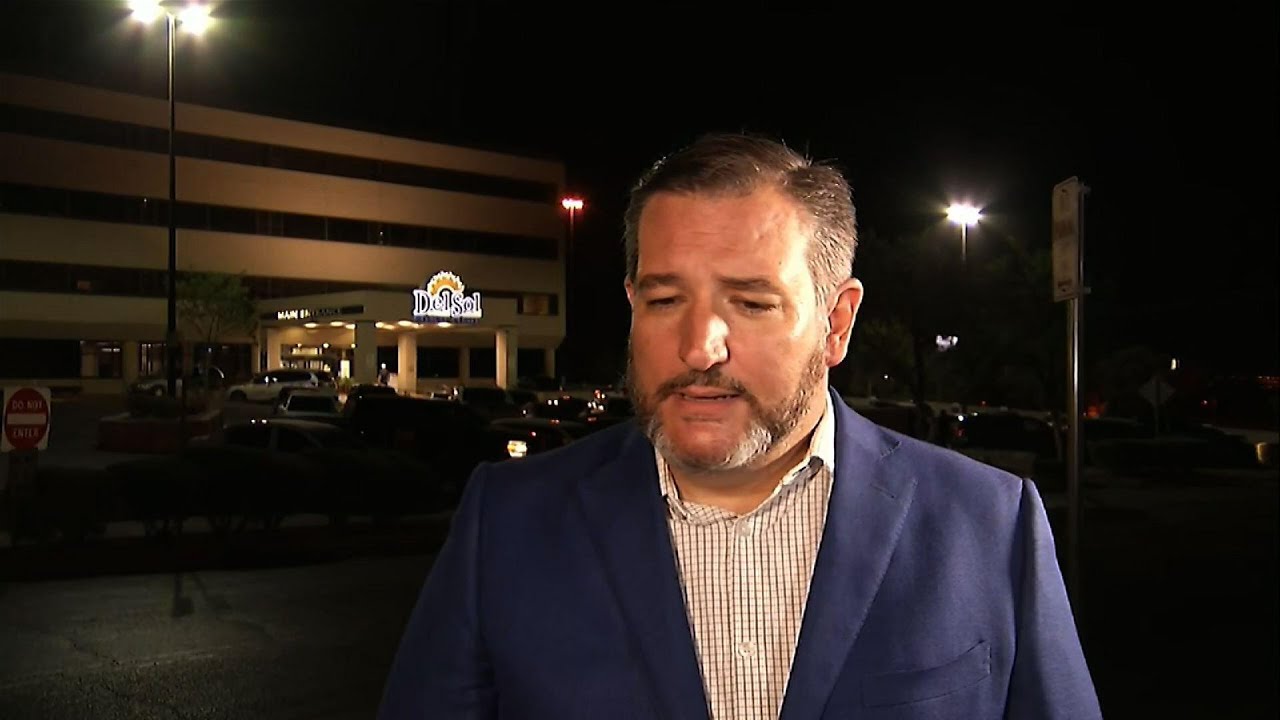 Nero fiddled while Rome burned; Ted Cruz jetted to Cancún. And although the emperor was at least ensconced in a lavish, louche palace, the senator from Texas was stuck in economy class with the peasantry.

Cruz’s appeal as a politician, such as it is, has never been about being lovable or relatable, but the latest incident is embarrassing even by his standards. He was spotted on a flight to Mexico yesterday, amid a catastrophic storm that has left Texans without power, heat, and sometimes water, huddled in freezing homes and community centers as the state’s electrical grid verges on collapse. More than a dozen of his constituents have already died. Cruz is headed home today—if not necessarily chastened, at least eager to control the damage. In a statement, he said he took the trip at his daughters’ behest. Blaming your children is a curious tack for an embattled politician, but he doesn’t have much else to work with.

The pile-on was nearly as fierce as the storm. A Cruz tweet from December resurfaced in which he lambasted the mayor of Austin, a Democrat, for flying to Cabo San Lucas during coronavirus stay-at-home orders. “Hypocrites. Complete and utter hypocrites,” Cruz wrote at the time.

It is tempting to turn the “hypocrite” label on Cruz, but his sin is worse. Every politician is a hypocrite at some point. Cruz’s error is not that he was shirking a duty he knew he should have been performing. It’s that he couldn’t think of any way he could use his power as a U.S. senator to help Texans in need. That’s a failure of imagination and of political ideology.

Cruz’s approach to politics and Texas’s approach to electrical generation flow from the same libertarian-inflected, low-regulation, small-government vision. In this worldview, the government’s role is to set a set of minimal baseline requirements, offer market-based incentives to ensure they work, and then stay the hell out of the way. Cruz reveres the late President Ronald Reagan, who quipped, “The nine most terrifying words in the English language are I’m from the government, and I’m here to help.”Consider how this works out in the case of electricity. The lower 48 U.S. states are divided into two big electrical grids—except for Texas, which maintains its own independent system. (Small, outlying parts of the state belong to the big grids.) The state maintains a separate grid to avoid having to comply with federal regulation. If Texas had been connected to the broader national grid, the state might have been able to borrow power that would have filled the hole left when large parts of the system failed in this storm: As demand for energy for heating surged, power plants went offline, equipment froze, and wind turbines froze too. Instead, Texas has experienced staggering blackouts.Texas had ample warning that this system was vulnerable. A decade ago, another storm caused large (though smaller) failures, as the Texas Tribune explains. A report warned that the state needed to harden its grid to prepare for major storms. But the state’s regulators didn’t want to mandate upgrades. Instead, they issued voluntary guidelines to providers, and they offered financial incentives to make upgrades. This is by-the-book free-market governance: The government shouldn’t make requirements, but companies will do the right thing if it serves their business interests.

As we now know, that didn’t work. Rick Perry, the former Texas governor and U.S. secretary of energy, says now that Texans are willing to endure blackouts in order to maintain the independence of their grid. That’s a bold bet to make when hundreds of thousands of them still don’t have power.

Small government won’t just take a hands-off approach to regulation; it’s also likely to take a more hands-off approach to assisting citizens in the case of a disaster. (I’ve praised citizen-led efforts like the Cajun Navy, but they should serve as a supplement to, rather than a replacement for, government disaster relief, and all too often they have been closer to the latter.) Now Texans are turning to the government for help, but Cruz apparently didn’t see a role for himself.

Cruz’s defenders say that criticism aimed at him is nothing but point-scoring, and that there’s nothing for him to do: Any response that Cruz offered would be performative, rather than actually useful. Cruz calls himself a constitutional conservative, and it is true that nothing in the Constitution lays out a local disaster-response role for a senator.

But this dismissiveness is a double failure of imagination. First, it overlooks the importance of leaders bucking up the morale of a struggling population. Giving heart to citizens is good politics. (This lesson was not lost on Reagan, but Cruz has never had much of a way with soft persuasion.) Second, it ignores the power that Cruz holds. A U.S. senator has immense unwritten power. He can use his connections, and the doors that a Senate role opens, to call on businesses and leading citizens to get things done. He can also use his political network to organize relief efforts.

Even a non-senator can do that. Democrat Beto O’Rourke, whom Cruz beat in a 2018 Senate race, said he’d organized phone banking to check on vulnerable seniors. But such a role seems never to have occurred to Cruz. He did, however, see how government could help him—drawing on a presumably stretched-thin Houston police force to escort him through the airport yesterday.

O’Rourke is a progressive, and those on the left are ideologically more inclined toward this kind of organizing. But progressives don’t have a monopoly on soft power. The late Senator Strom Thurmond of South Carolina was as fierce a conservative as can be found, but his dedication to constituent services was legendary. (Thurmond was also an appalling bigot, though Cruz is not exactly enlightened himself.)

Cruz’s callousness about his constituents’ suffering is not just morally appalling. It is also—and this probably weighs more heavily on Cruz—politically dangerous. There’s growing evidence that even Republicans drifted toward a larger role for government in the Donald Trump era. Cruz desperately wants to be president, and while he has been happy to debase himself in sycophancy to Trump, he has not adopted Trump’s more populist view of government. Some of his Republican rivals, however, have. Senator Josh Hawley of Missouri, with whom Cruz stood in inflating bogus claims of a stolen 2020 presidential election, has called for government to intervene more to help citizens. Who knows what is in Hawley’s heart (if anything), but he knows this is potentially popular. Blackouts and frozen pipes—pace Rick Perry—are not.

If Cruz’s problem were mere hypocrisy, that might be manageable. Politicians (even Ted Cruz) are deeply susceptible to shaming, and voters’ memories are short. But Cruz’s problem is deeper. He didn’t go to Cancún despite knowing he should be hard at work; it just didn’t occur to him that he could help. That, too, is a kind of power failure.

This article originally appeared in The Atlantic